LOS ANGELES, June 9, 2022 — Project Angel Food CEO Richard Ayoub and actress and Project Angel Food Trustee Sheryl Lee Ralph presented the 15 millionth meal in front of KTLA cameras on June 9, 2022, with a special surprise for KTLA reporter Gayle Anderson, who learned during the live broadcast that she is this year’s recipient of the Los Angeles Area Emmys Governors Award.

“Project Angel Food’s 15 millionth meal is a celebration of the community who has made this milestone possible and of the thousands of critically ill men, women and children of Los Angeles we serve,” Richard said. “It is also a stark reminder of the vital work yet to be done. We are delivering more than 1.2 million Medically Tailored Meals each year and the need is growing exponentially, so we know with each milestone record we set, another will be broken tomorrow.”

Sheryl stars in ABC’s Abbott Elementary and serves on Project Angel Food’s Board of Trustees. Sheryl counted down to the 15 millionth meal live on air and cheered with the rest of the Project Angel Food staff in attendance as she hoisted it in the air.

“Thanks to everybody and your hard work and what you give into making this happen,” Sheryl said. “The volunteers and workers are the ones who help make this possible.”

“Thank you for saving my life,” Vernel said after receiving the 15 millionth meal. “The volunteers are what makes [Project Angel Food] so special and that’s why I want to be part of the team.” 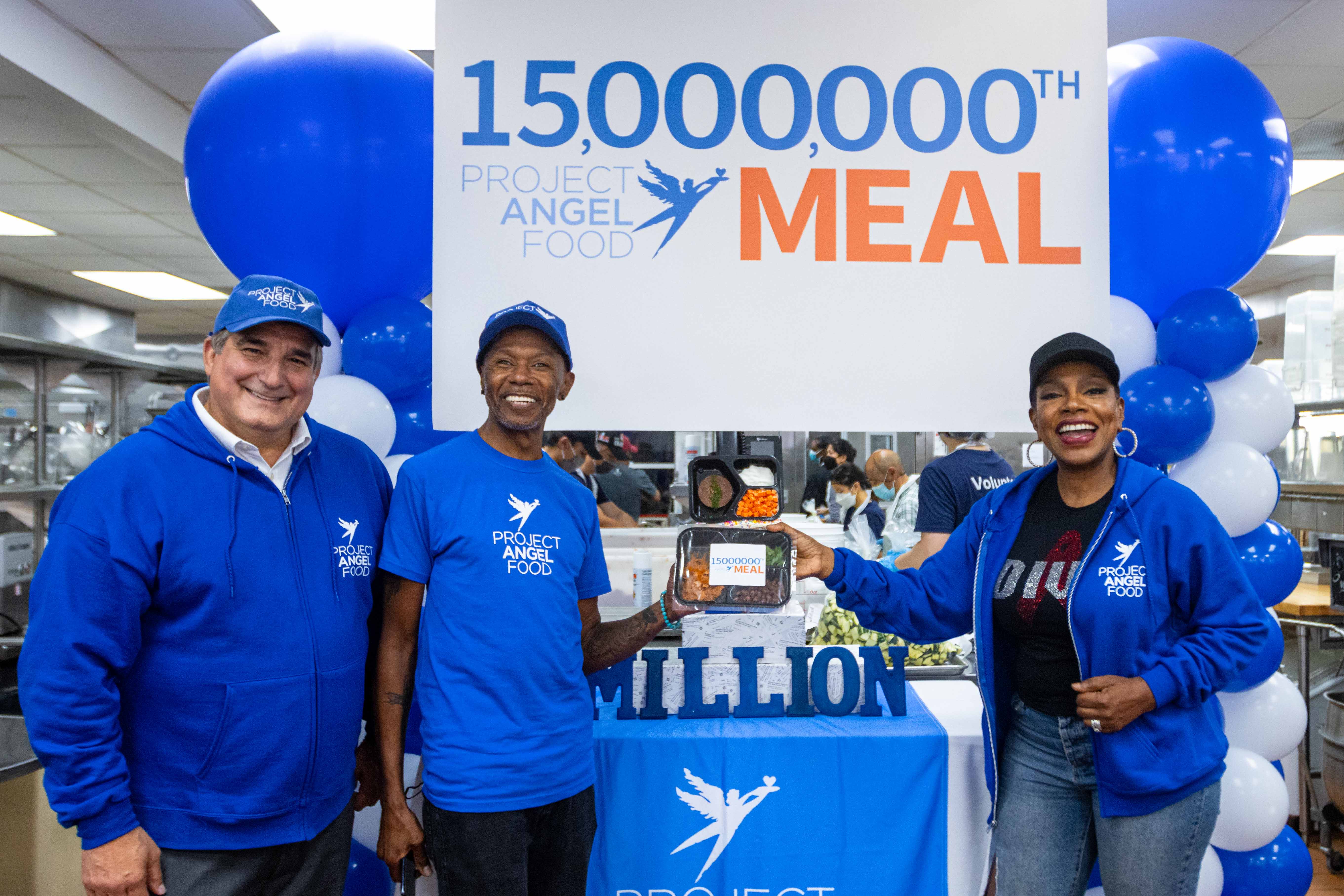 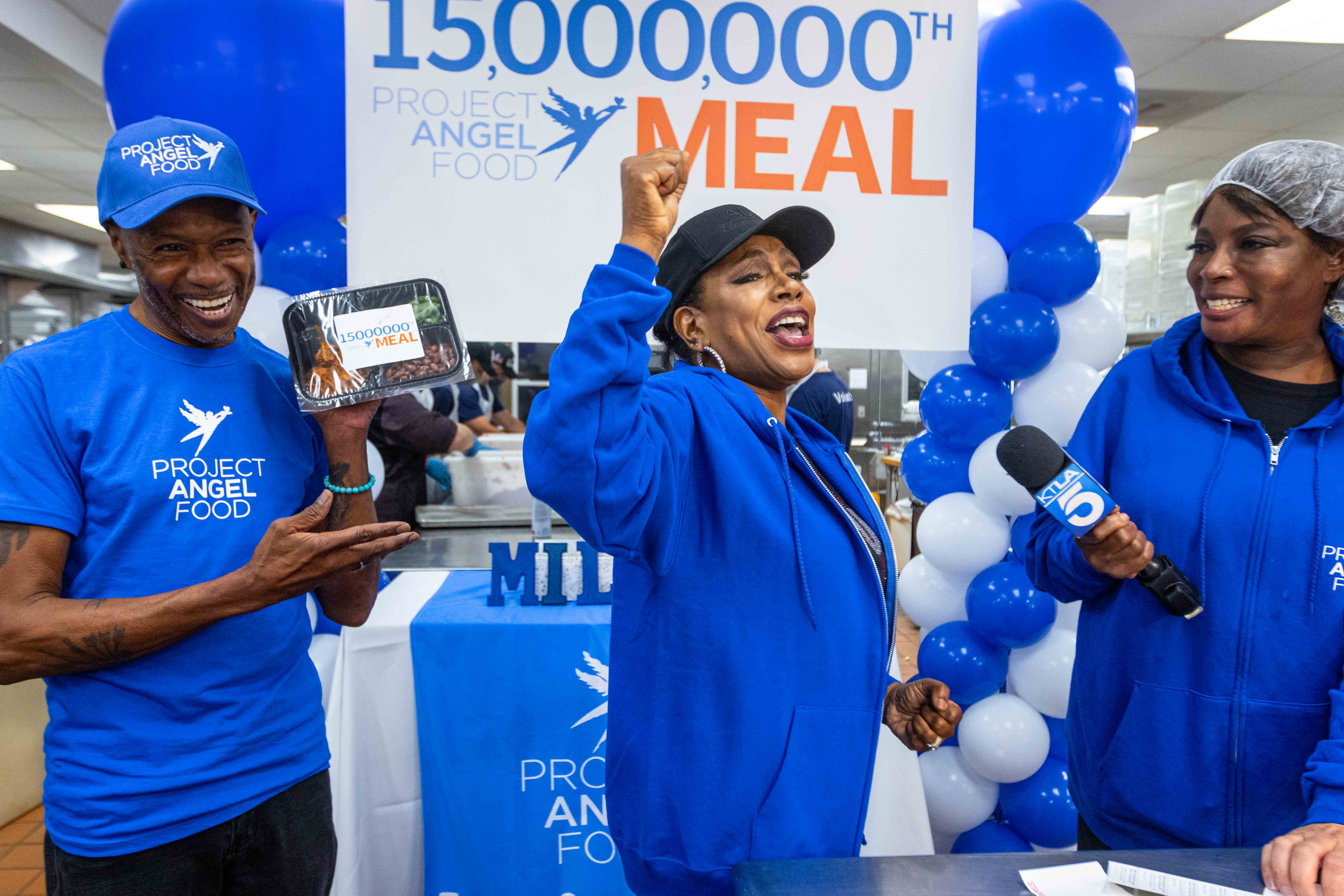 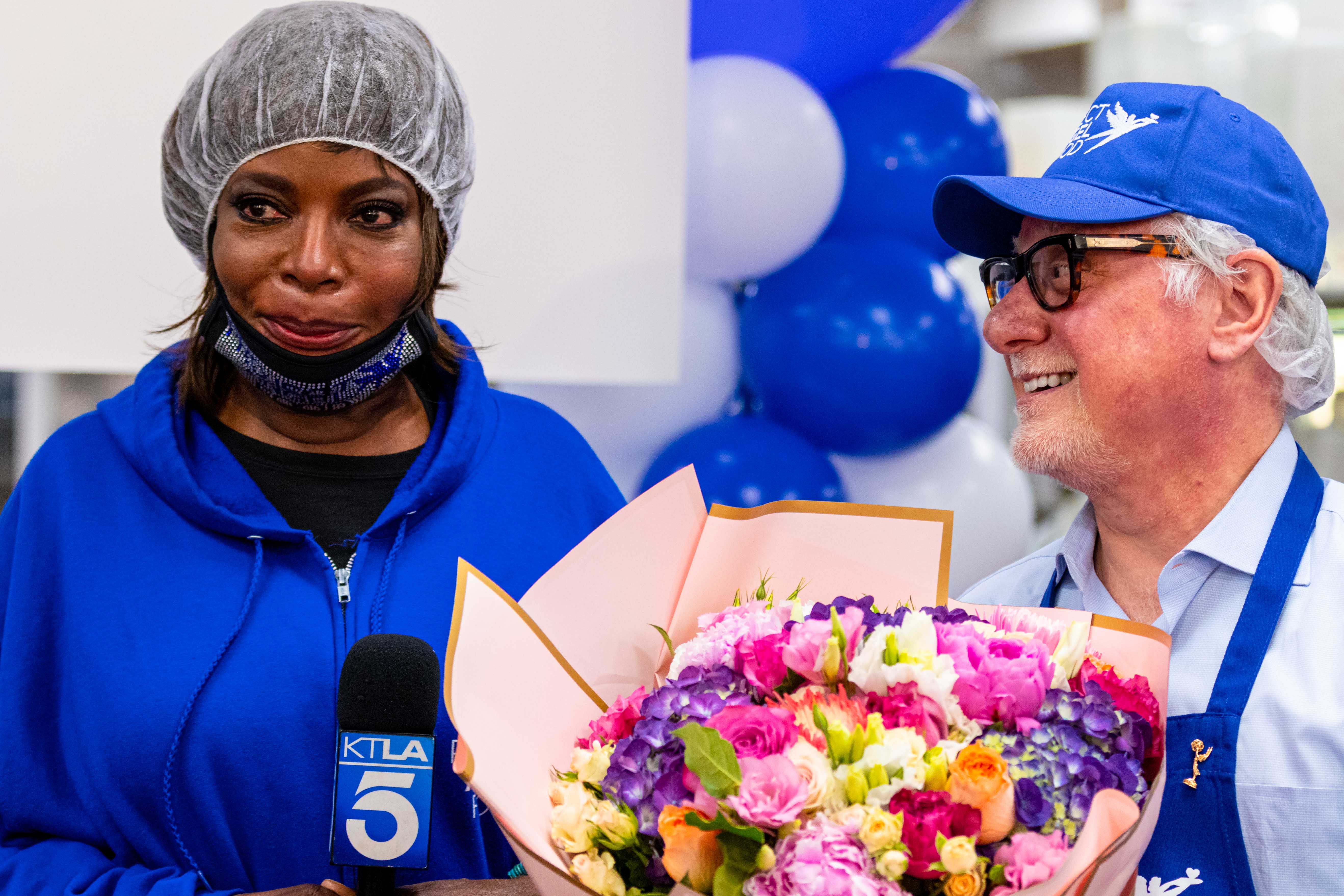