O’Farrell, a member of the Wyandotte Nation, is the first Native American to ever serve on the Los Angeles City Council, and was instrumental in getting the City of Los Angeles to replace Columbus Day with Indigenous Peoples’ Day in 2018. He began his remarks honoring the Tongva peoples, “whose ancestral land we all stand on.” He talked about his standing relationship with Project Angel Food, in the importance of Indigenous Peoples’ Day, and praise for Runningbear for his commitment to Project Angel Food.

“I couldn’t think of a better way to celebrate this day than to announce a research study that helps Native Americans with diabetes have a healthier life through our ‘food as medicine’ program,” said Ayoub. O’Farrell added that the healing power of food is actually a tenant rooted in the Native American culture.  And, continued that diabetes is one of the top illnesses that impacts the Native American community, pointing out that, “the introduction of refined sugar was something new to first people’s when colonization began.”

Councilmember O’Farrell, a member of the Wyandotte Nation, is the first Native American to serve on the Los Angeles City Council. In August of 2017, he led his colleagues on the historic vote to establish Indigenous Peoples’ Day in the City of Los Angeles, and in 2018, the removal of Christopher Columbus’ statue in Grand Park. He continues his advocacy for improved services, equity, and environmental policy for Indigenous communities.

Runningbear Ramirez is a well-respected activist, philanthropist, senior board member for Project Angel Food, and creative consultant for luxury fashion brands. He is a member of the San Manuel Band of Indians and Secretary of the Riverside-San Bernardino Indian Health, Inc.

Project Angel Food provides medically tailored meals to people who are living with life-threatening illnesses such as HIV/AIDS, cancer, diabetes, heart disease, etc. Because Project Angel Food clients are most vulnerable to COVID-19, the services have never been as vital as they are today. Since March 2020, Project Angel Food has increased by service 29%, increasing delivery to 1,500 people a day to 2,100 daily. Nutritionists work with chefs to create 39 meal variations each day that tailor meals to each client’s specific medical needs.

Project Angel Food’s “food is medicine” program works with agency nutritionists to design meal plans aimed at lowering blood sugar and A1c levels of participants in LA County. As part of the program participants will receive two meals a day, nutrition education and will be required to have regular medical check-ins and they must have a food buddy, who will receive the same meals and helping them on their journey to good health.

Los Angeles County is home to 170,000 Native Americans from different tribes. Because of the significant square mile radius, most are isolated. The study in partnership with United American Indian Involvement, Torres Martinez Tribal TANF and American Indian Counseling Center will demonstrate how medically tailored meals,  nutrition education and a buddy system will lower A1c levels, reduce social isolation, and loneliness.

Project Angel Food will begin accepting participants in the study from the LA county area in January of 2021. The published study is expected to be released in December 2022. 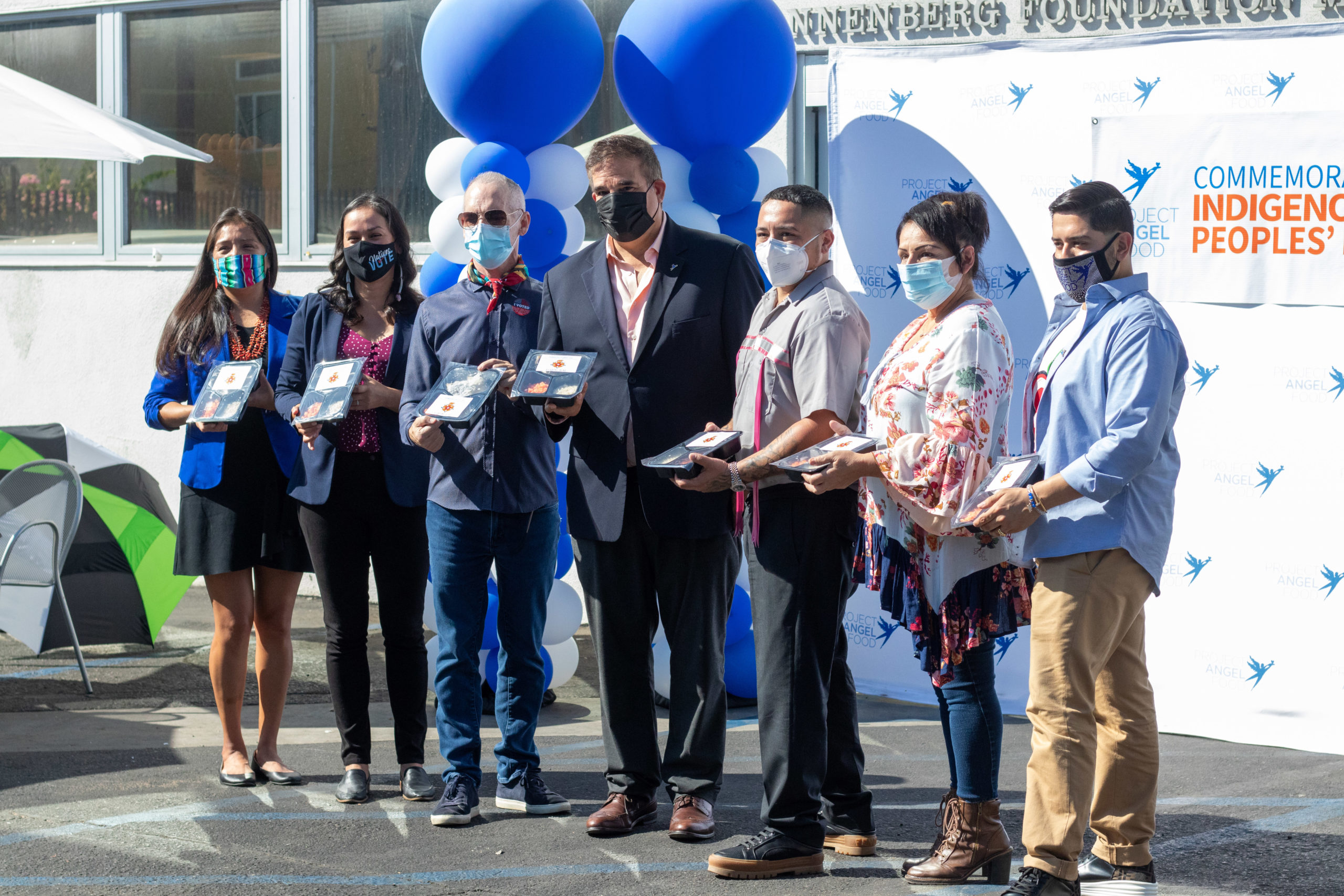 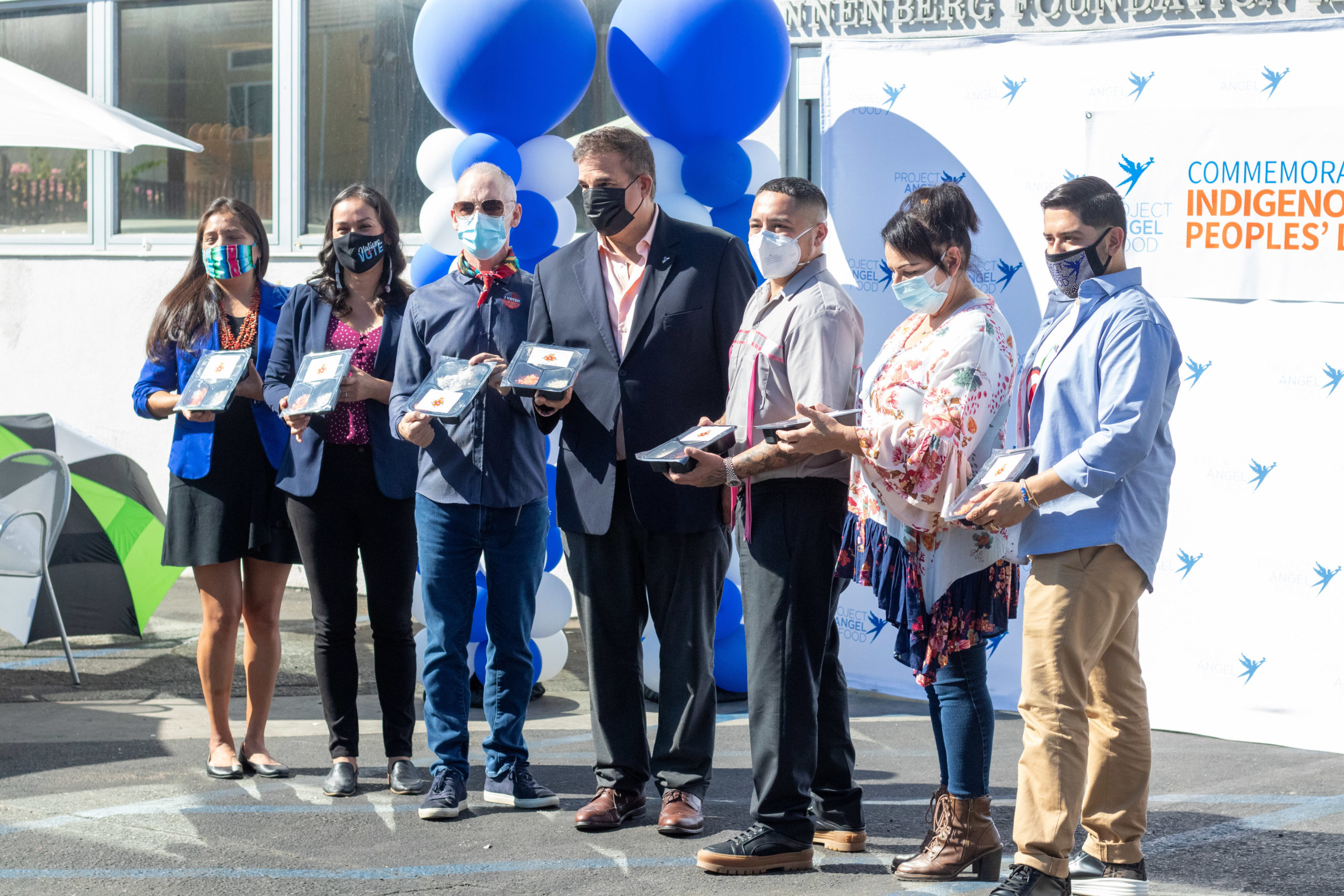 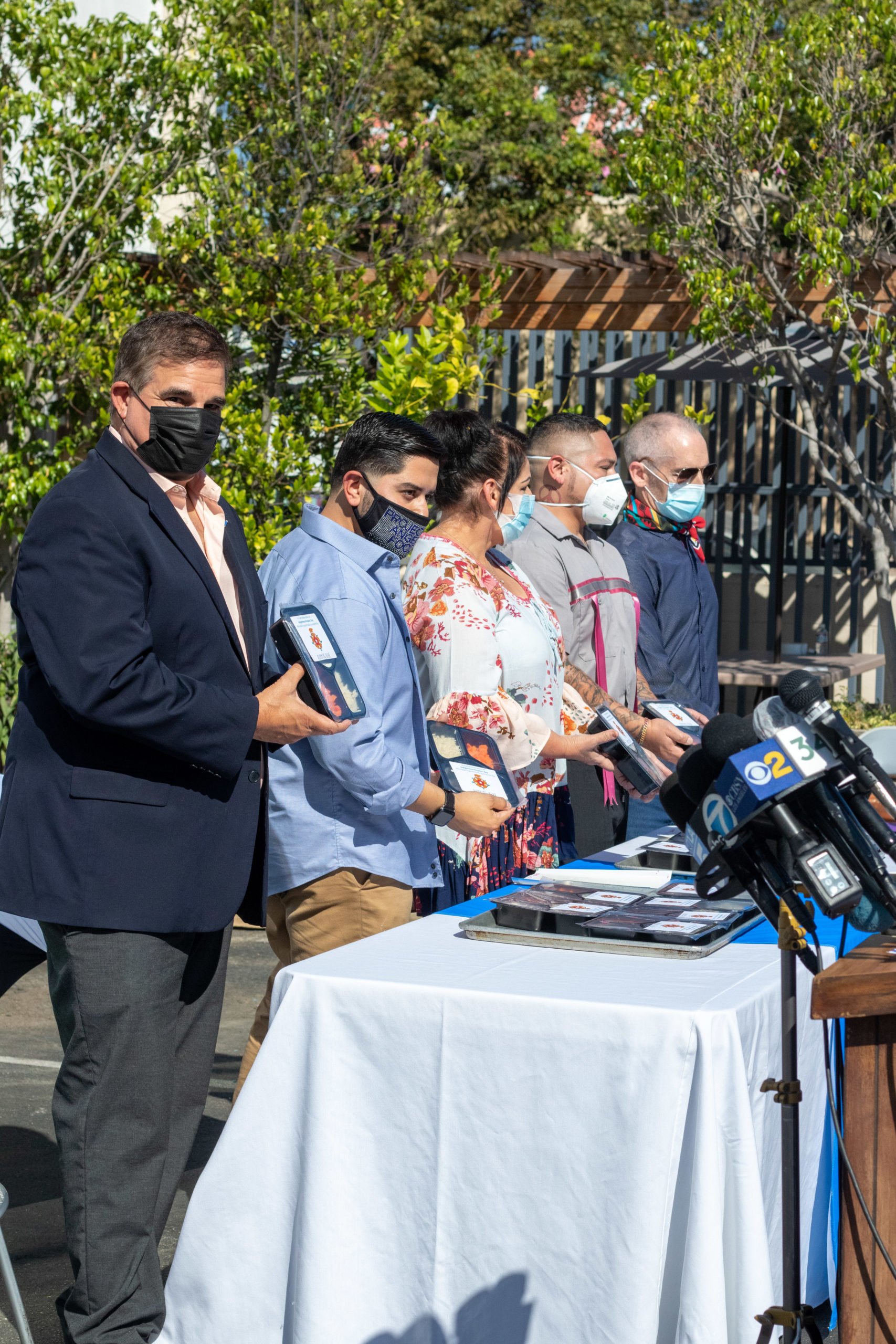 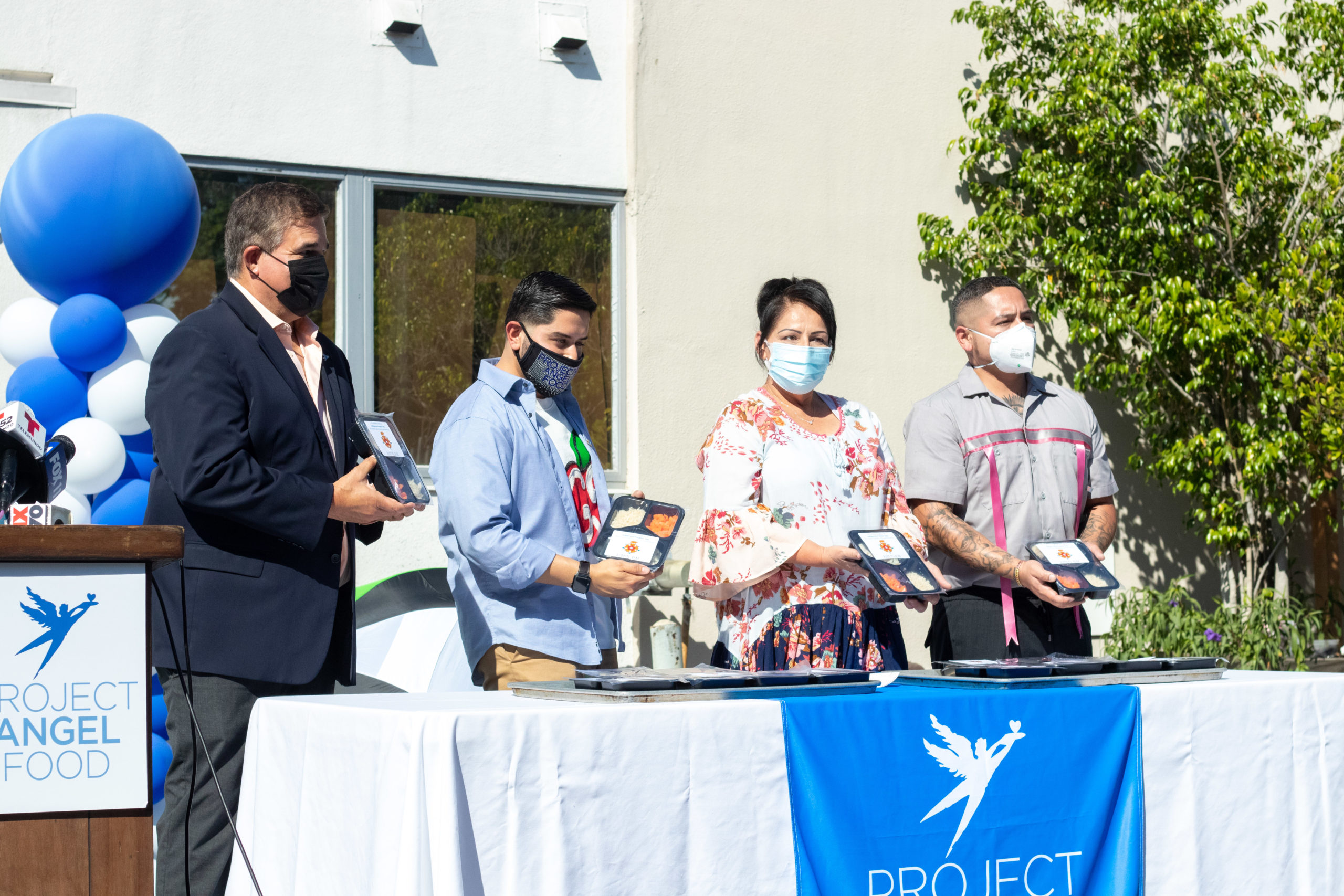 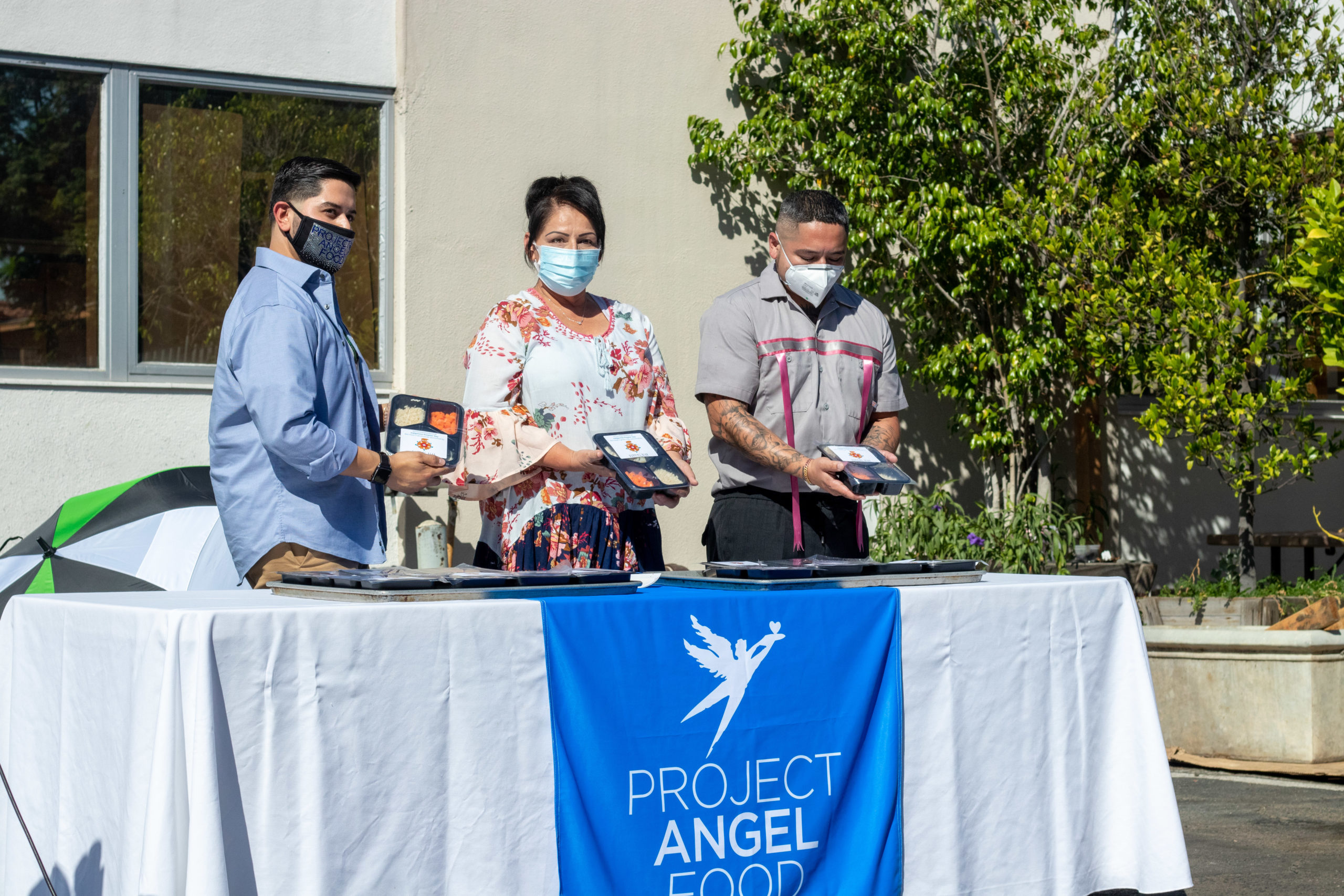 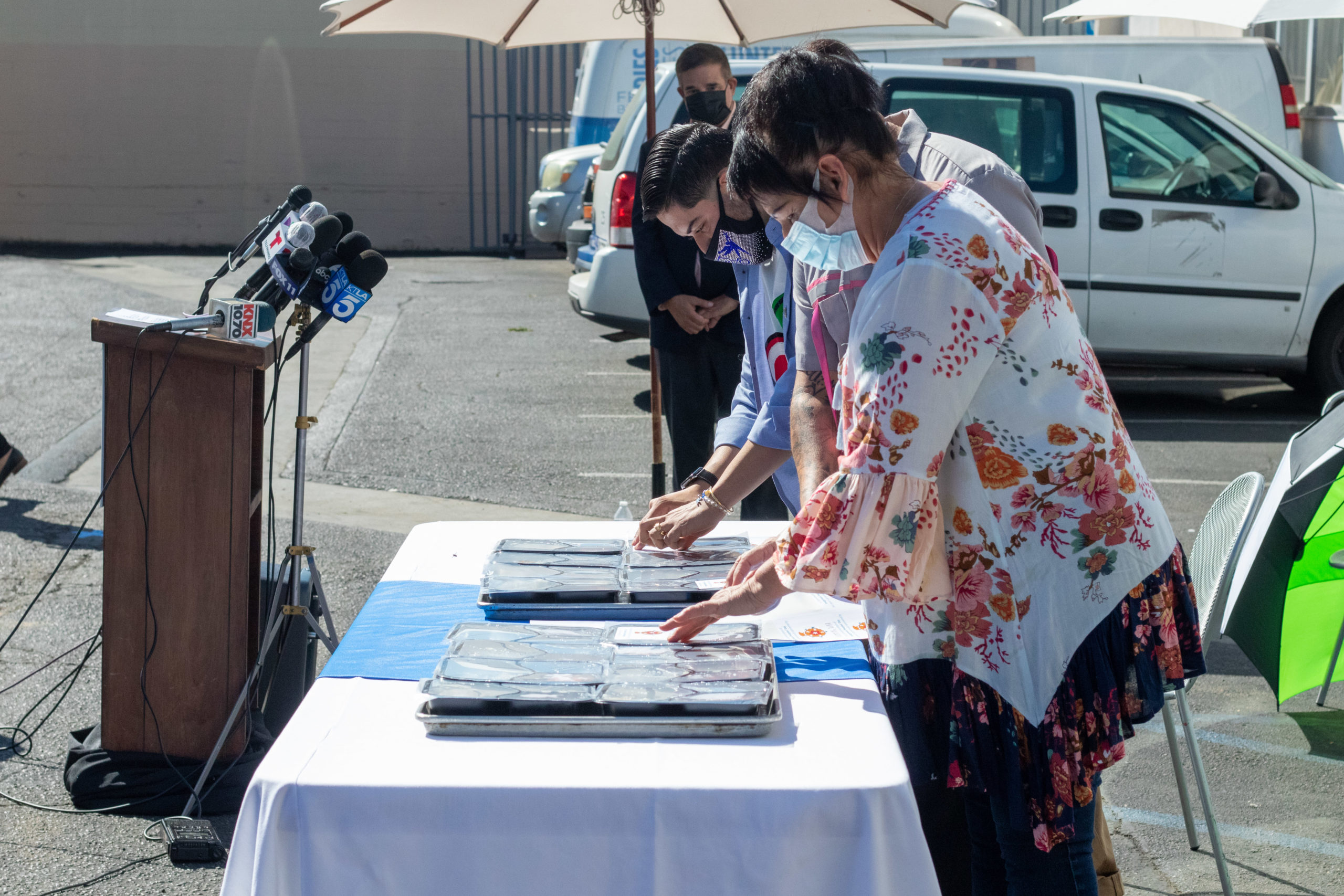 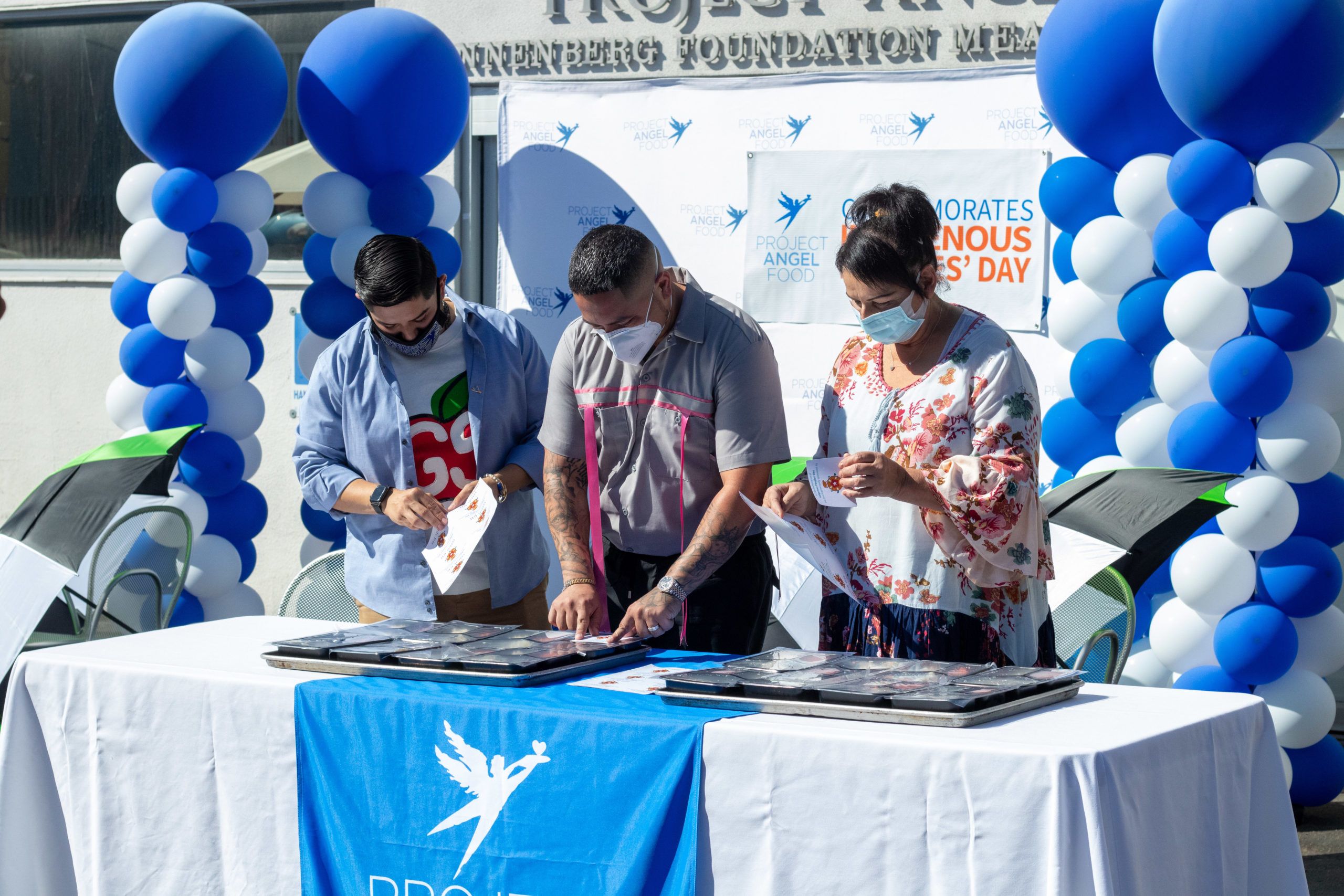 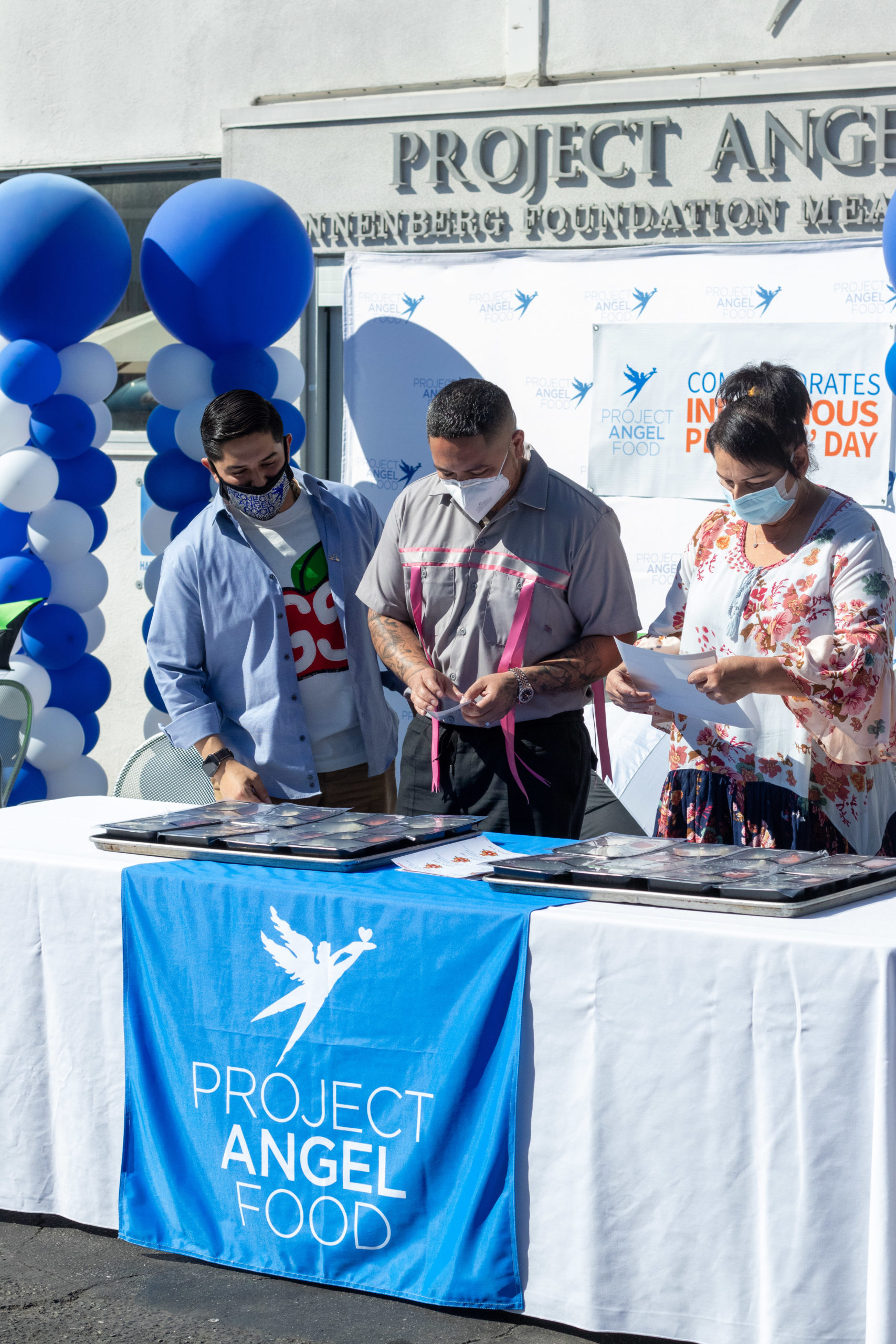 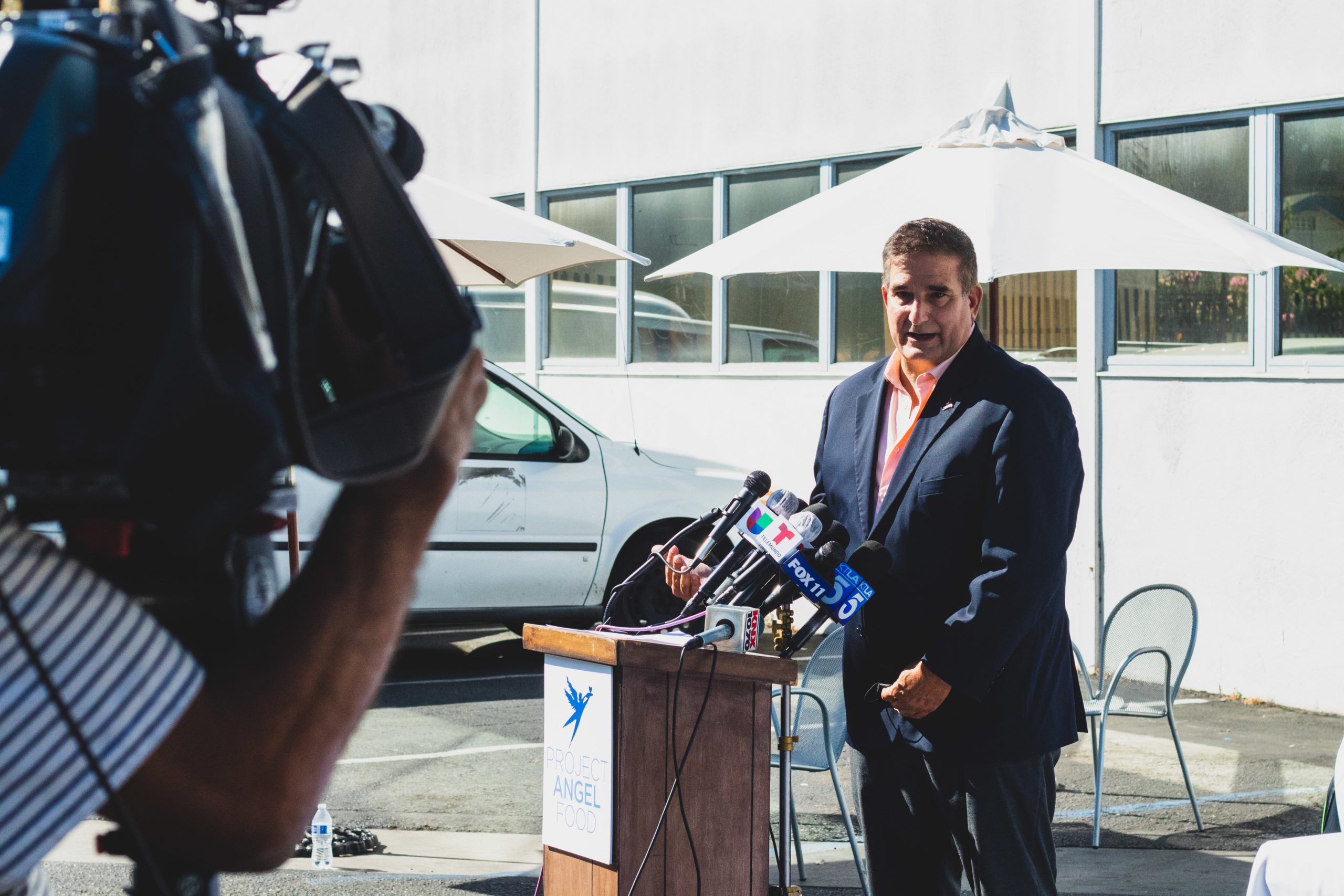 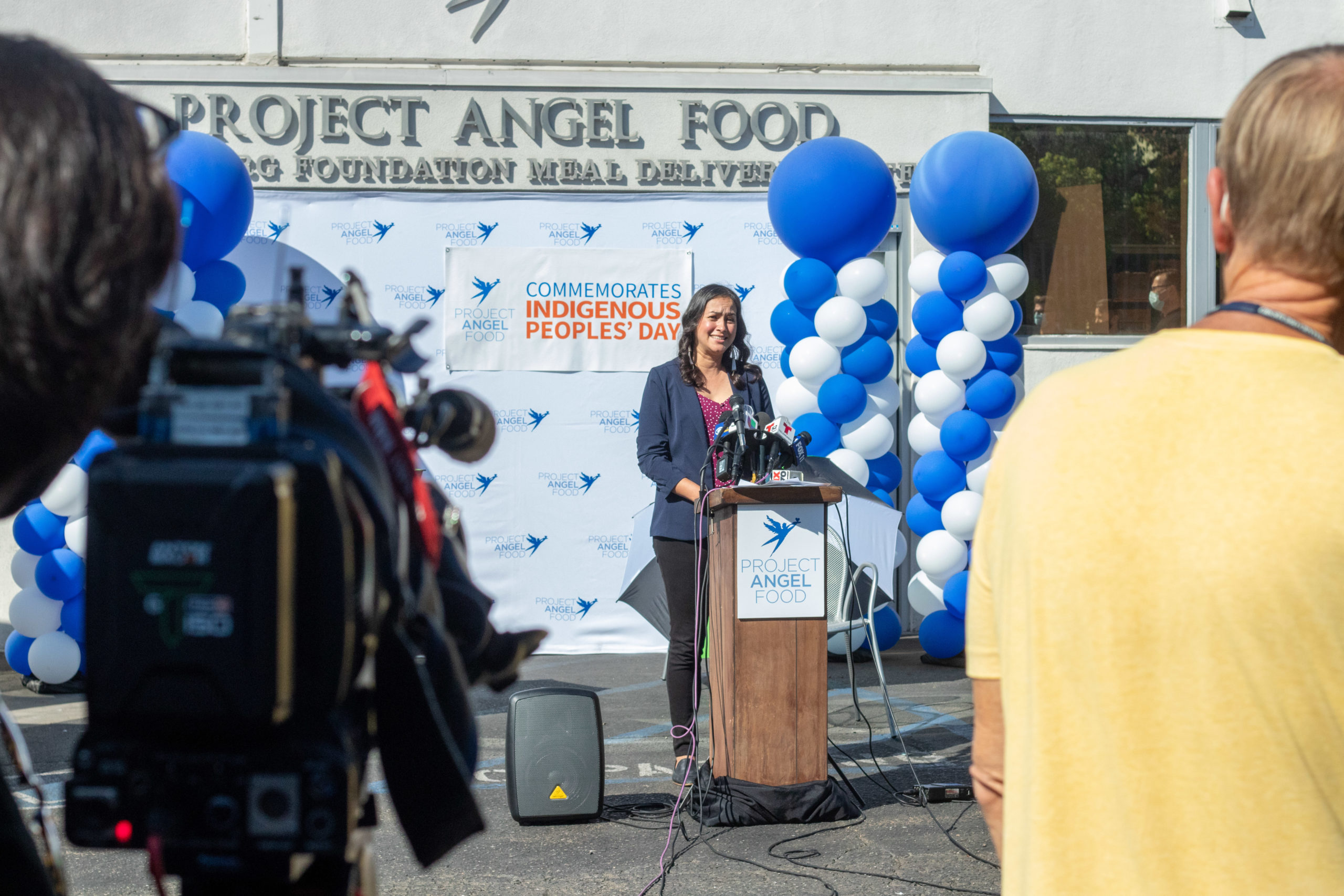 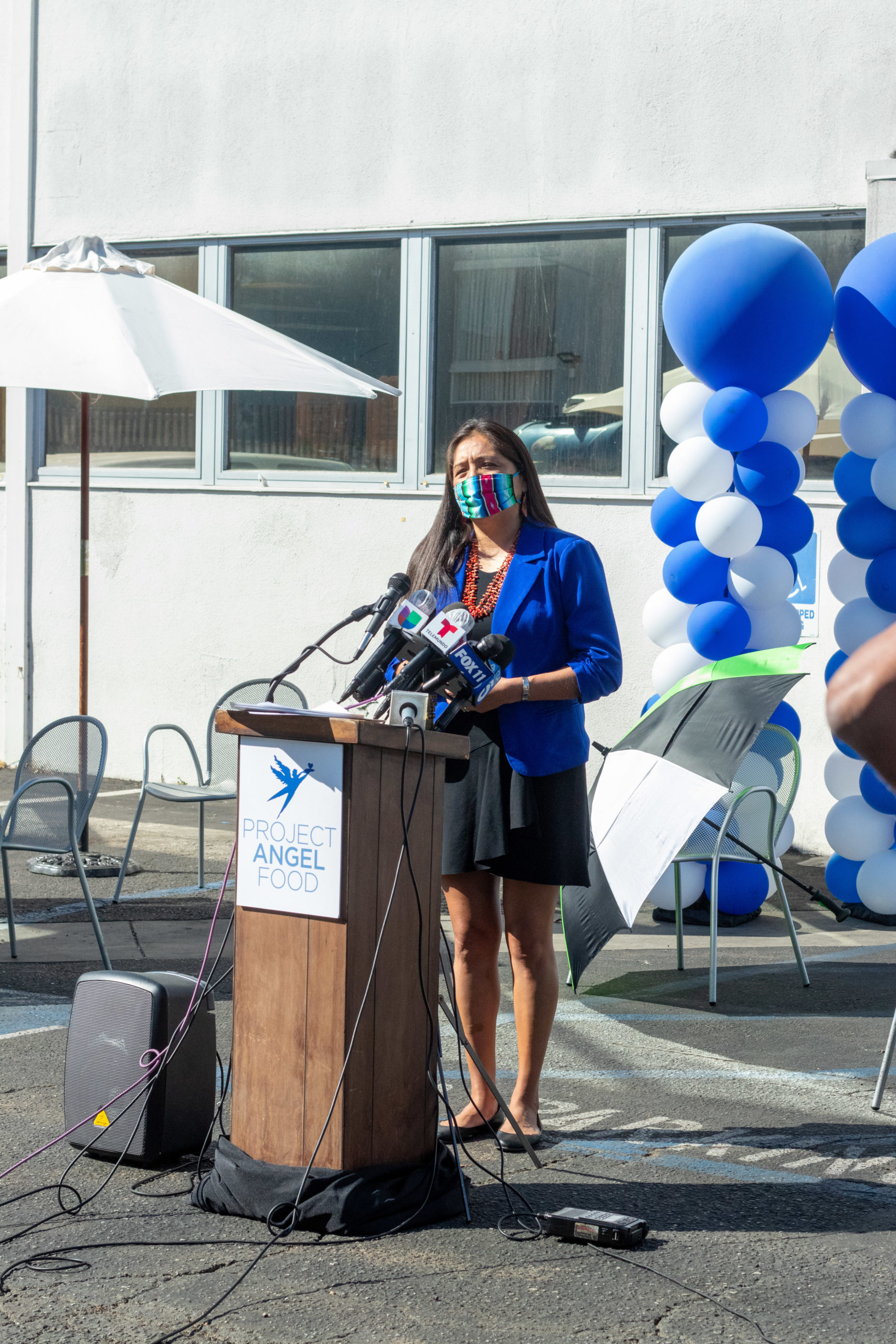 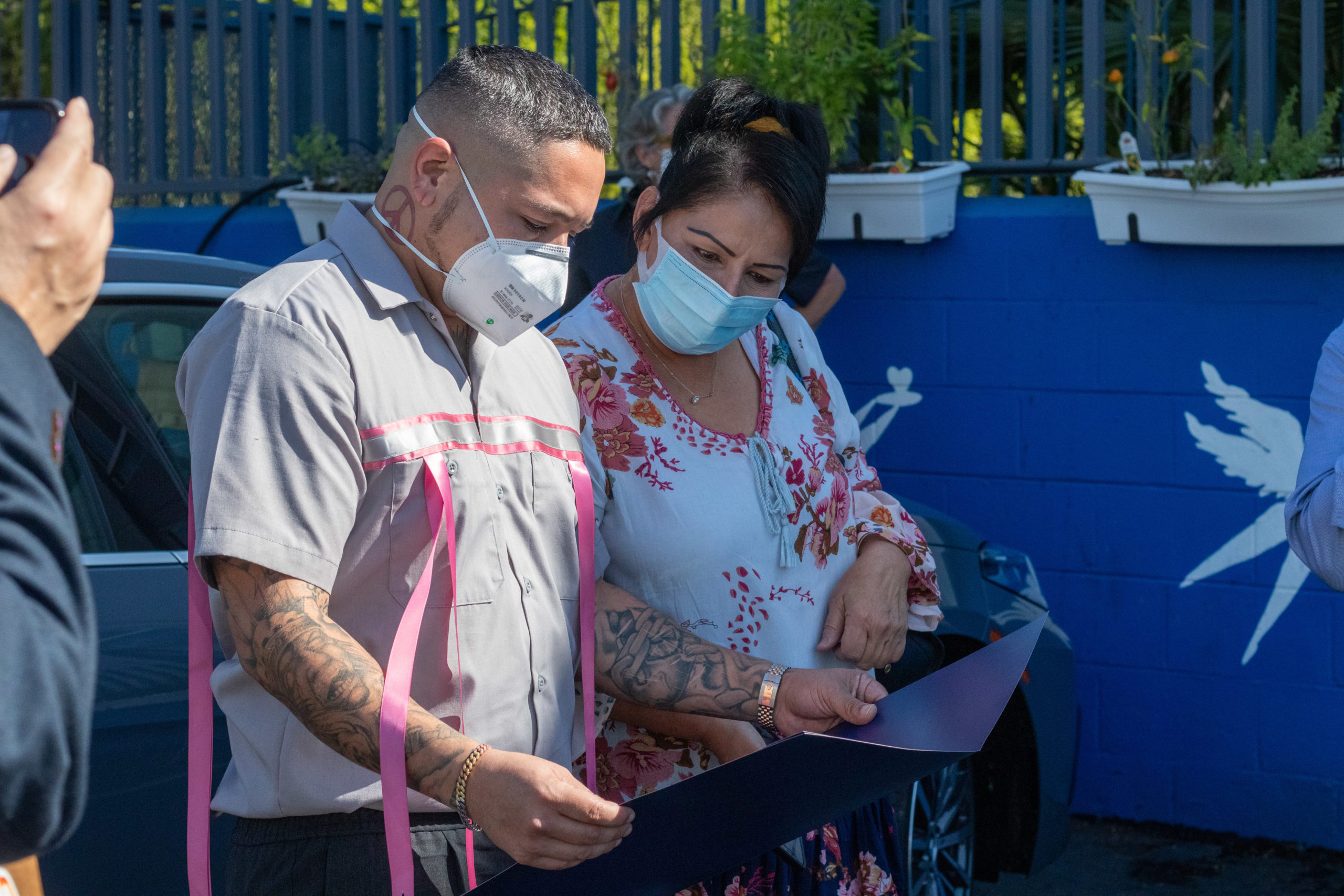 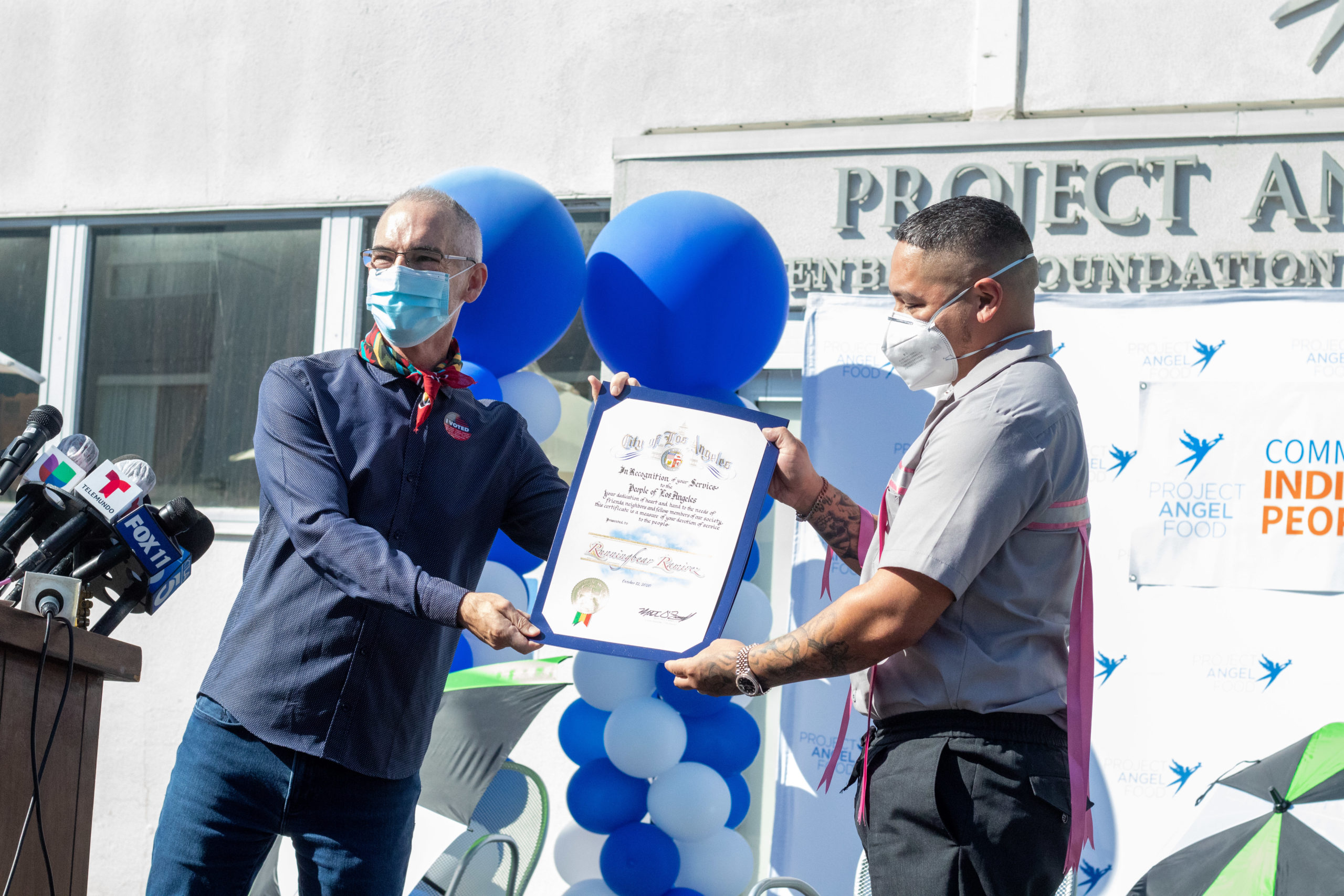 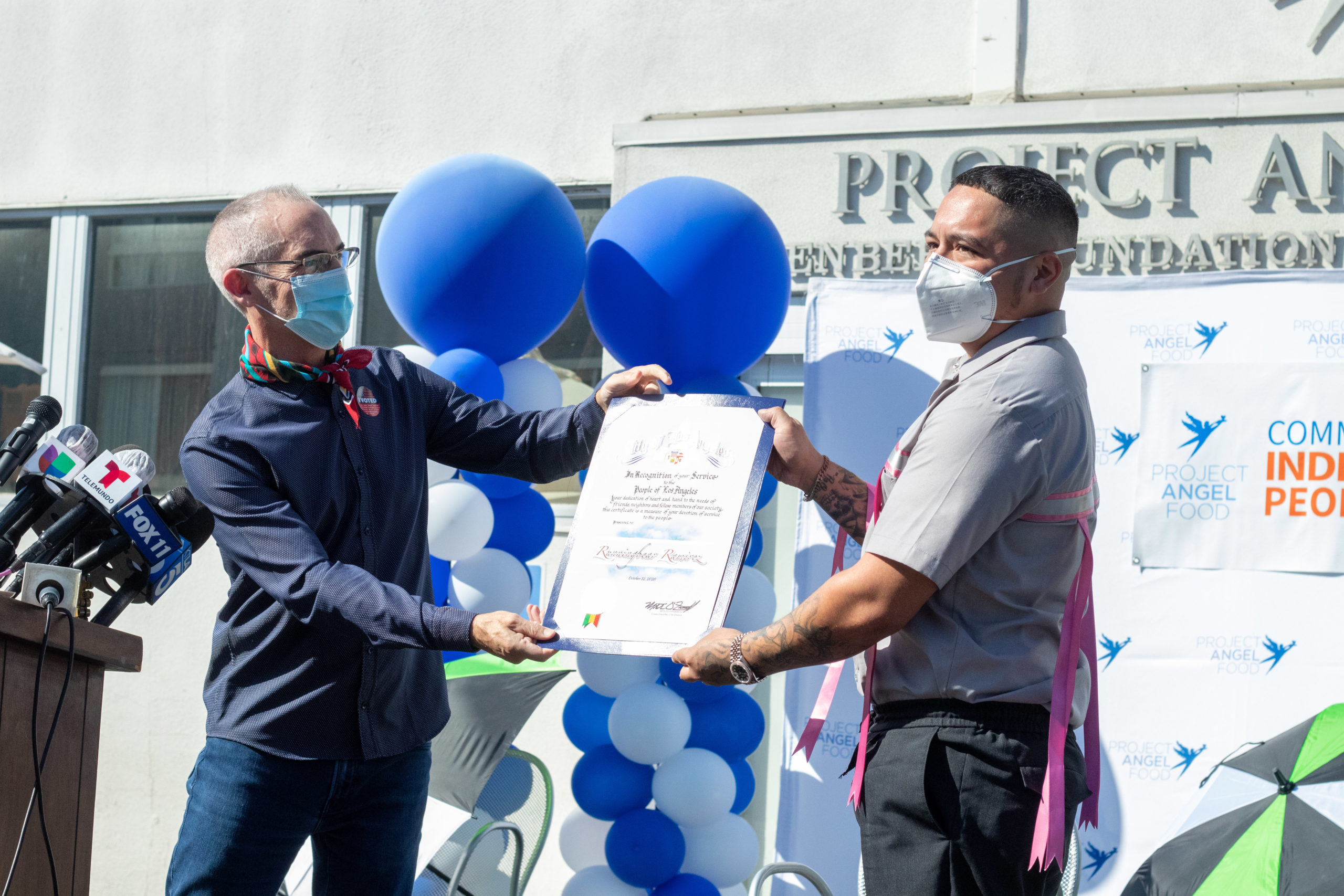 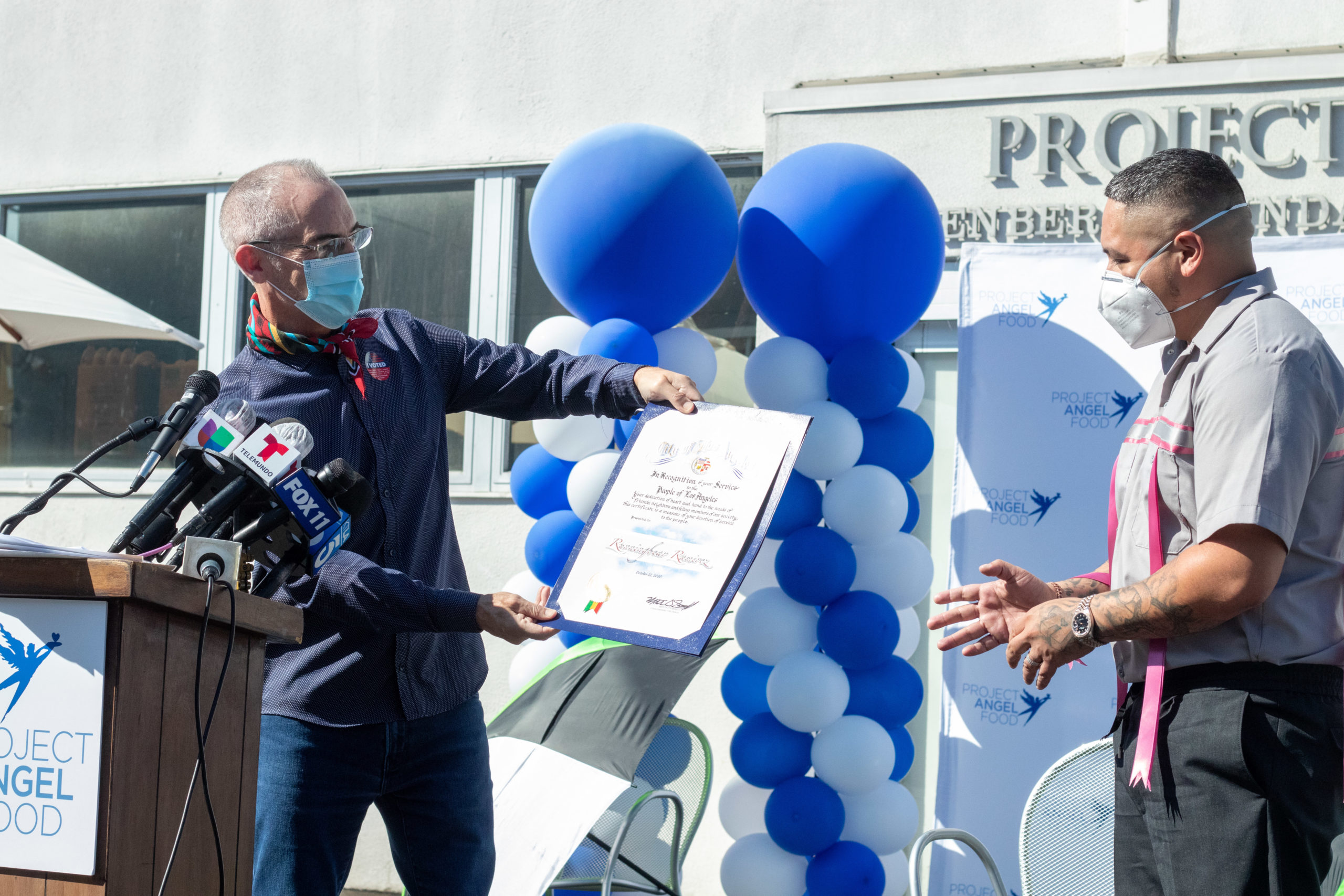 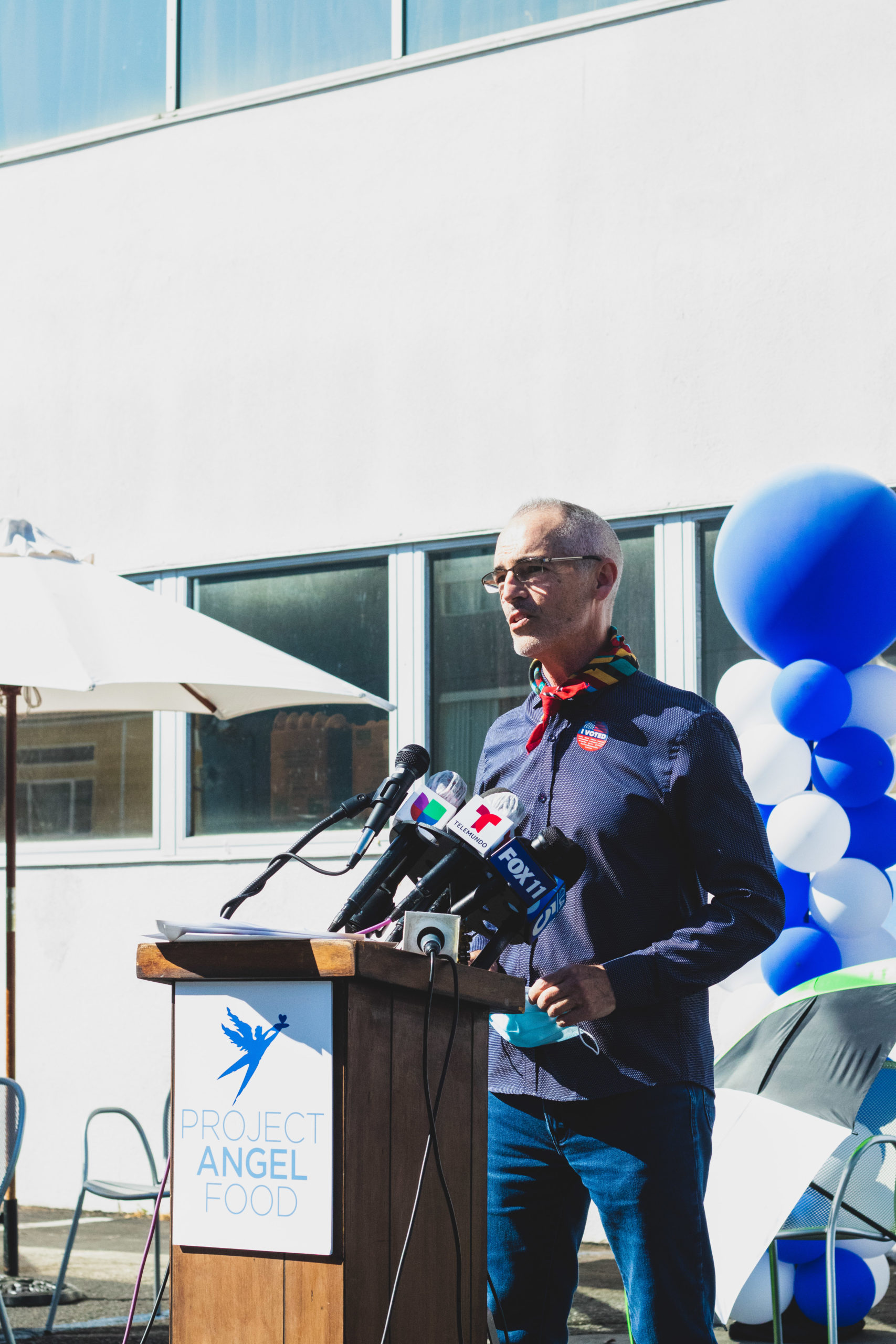 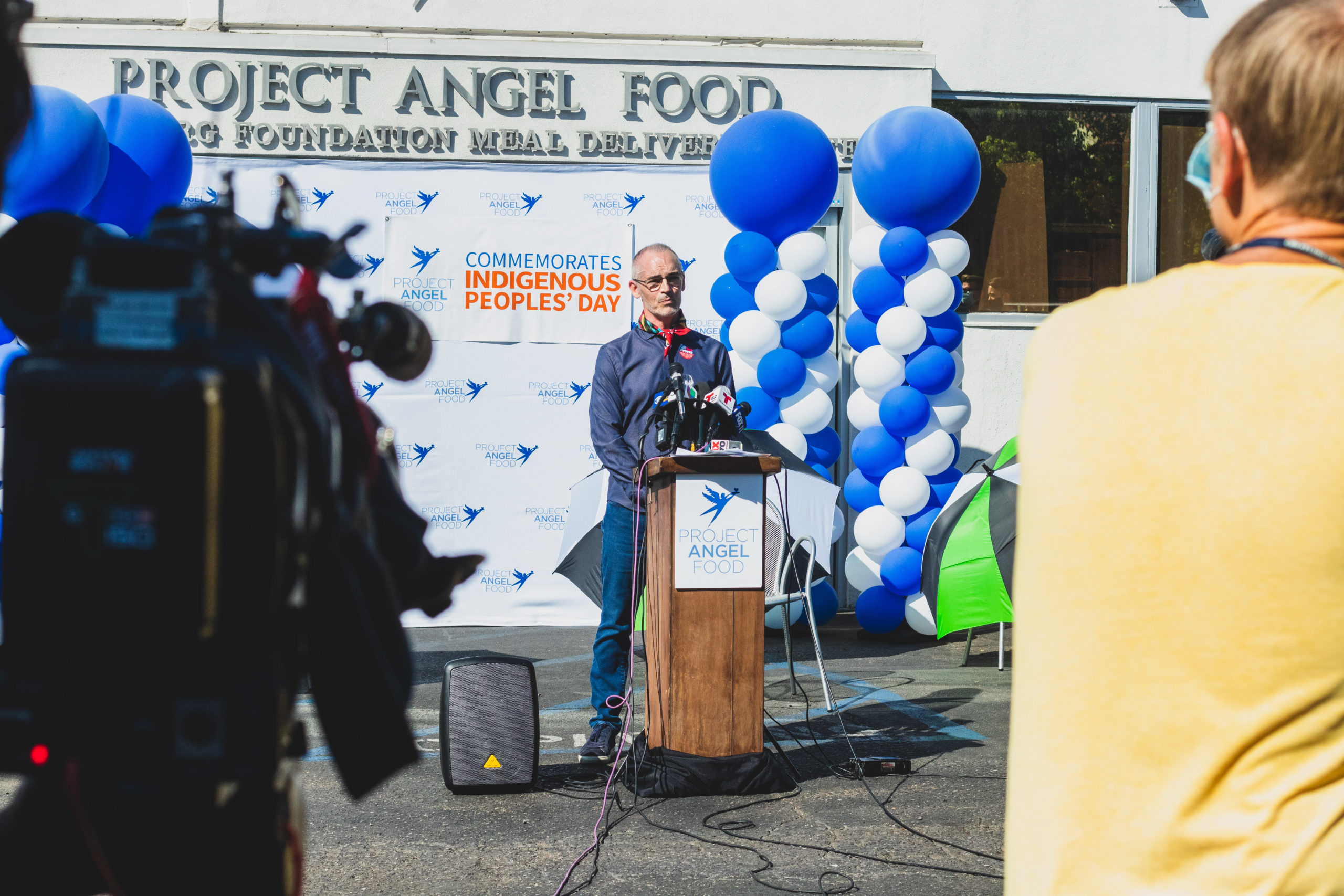 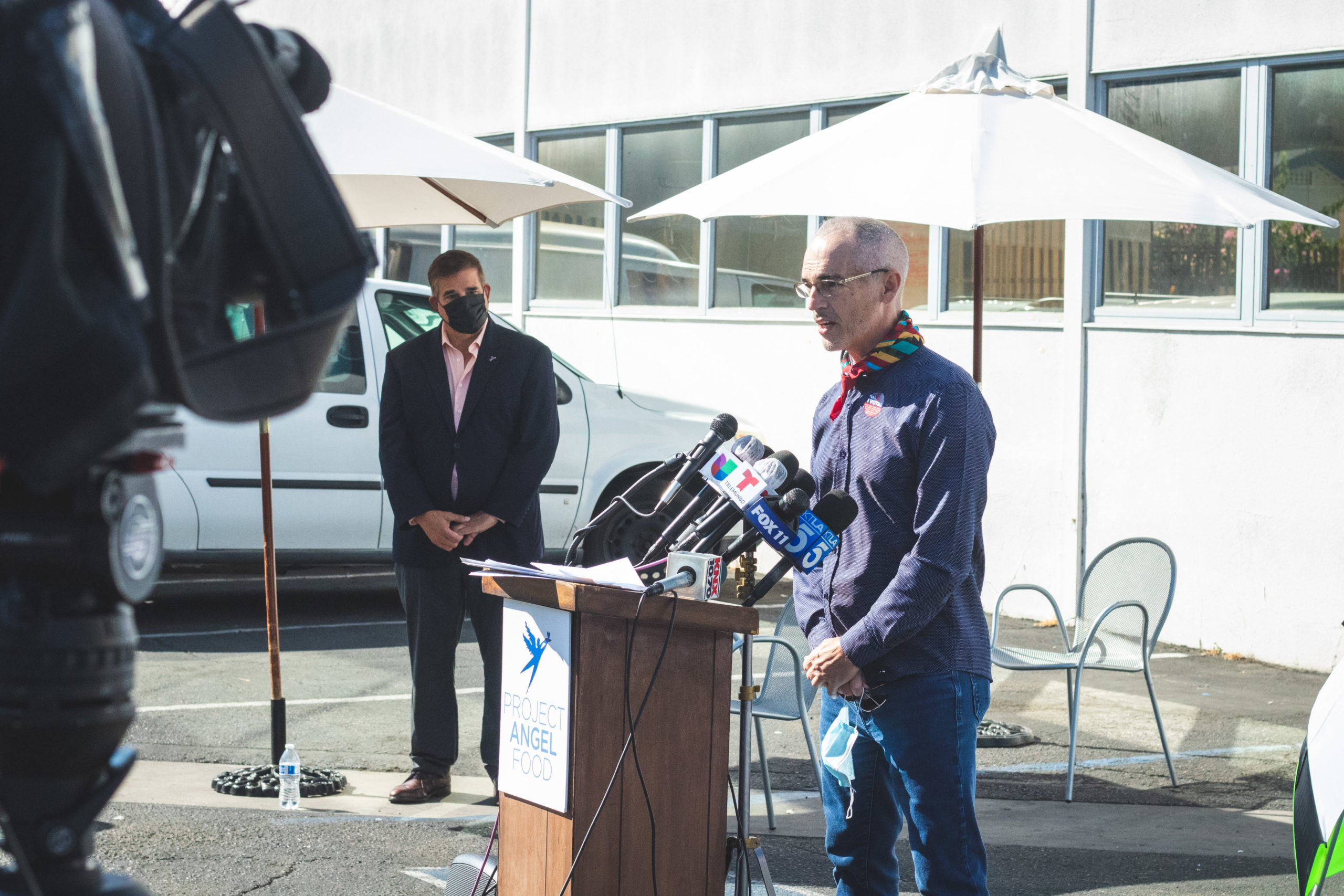 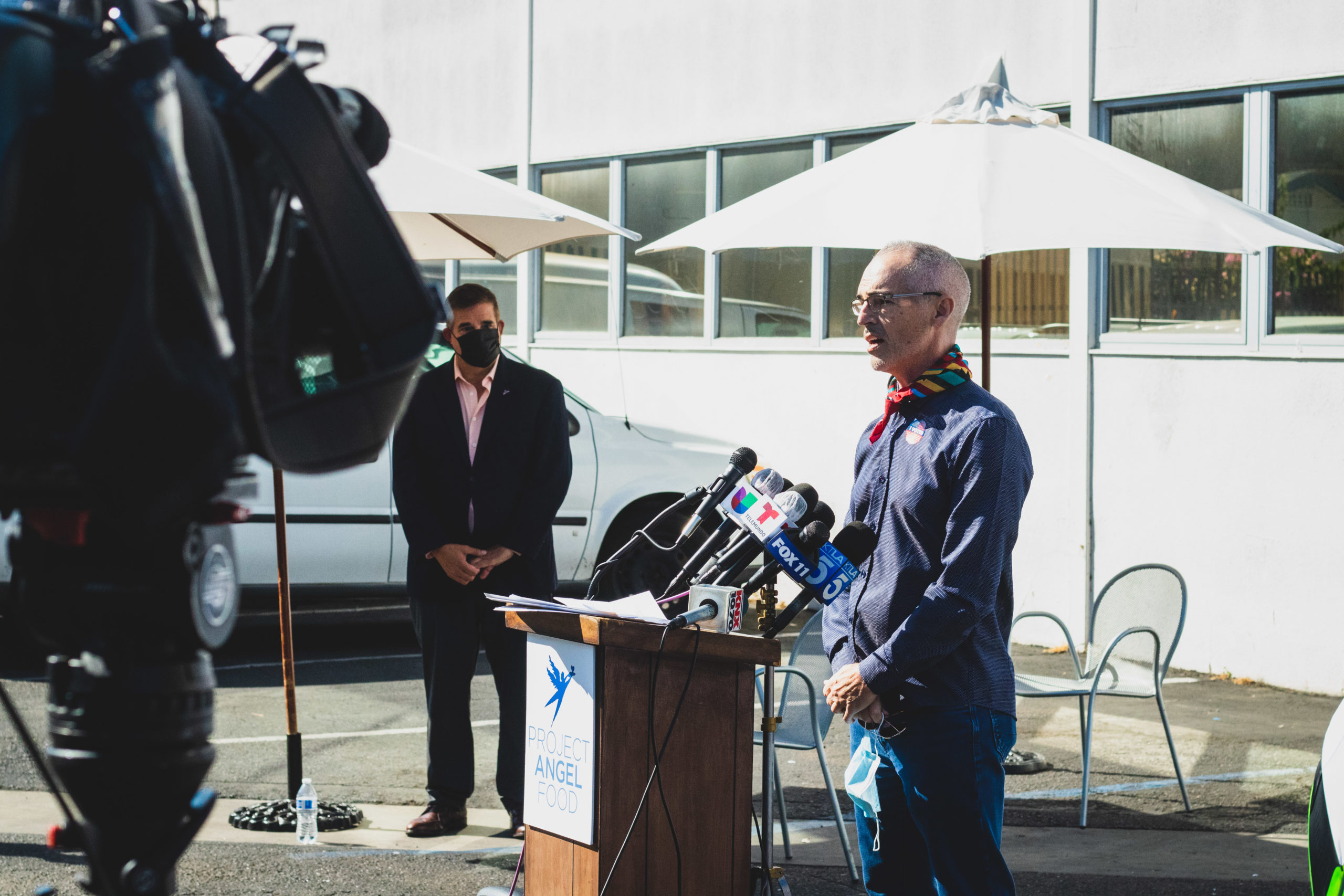 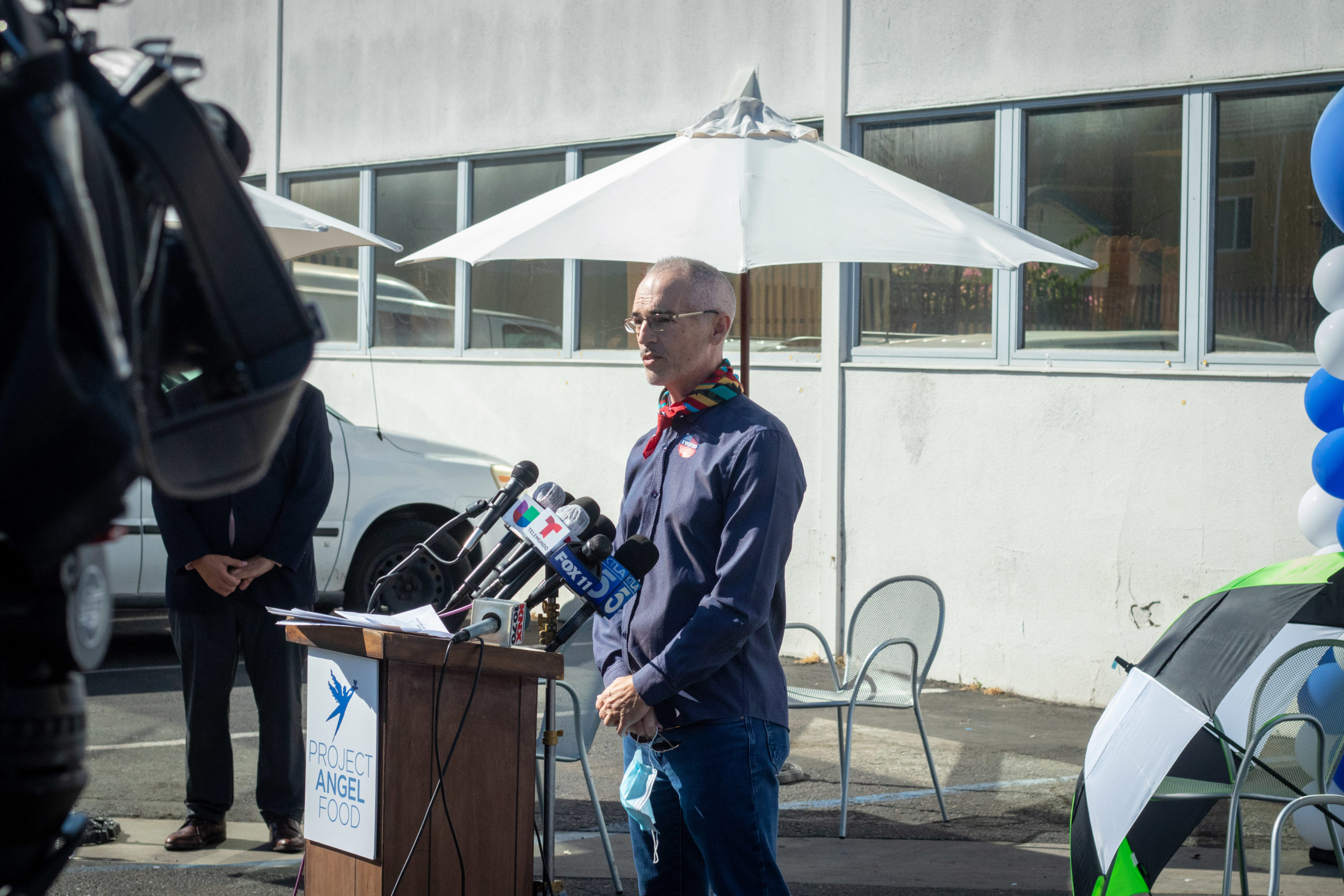 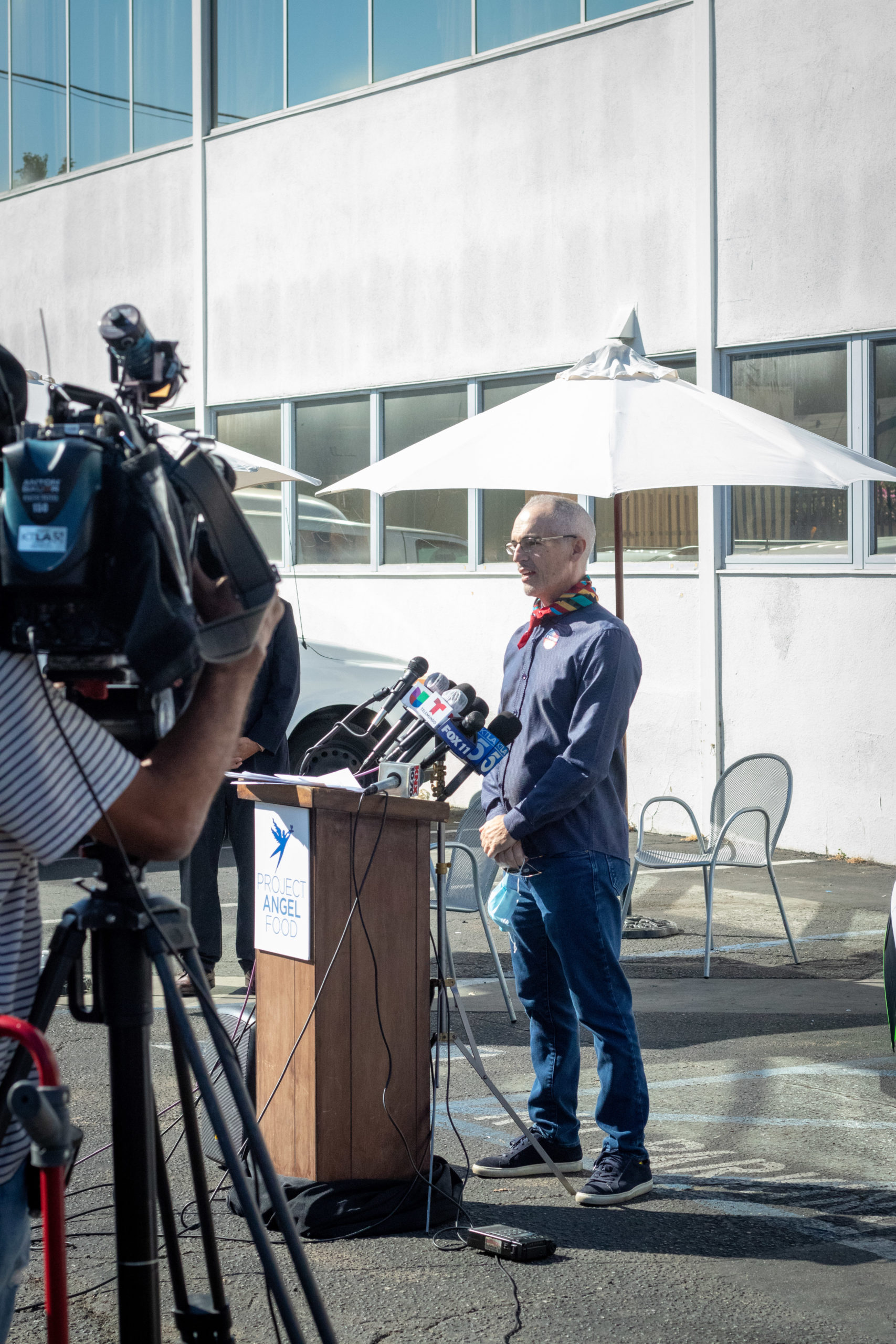 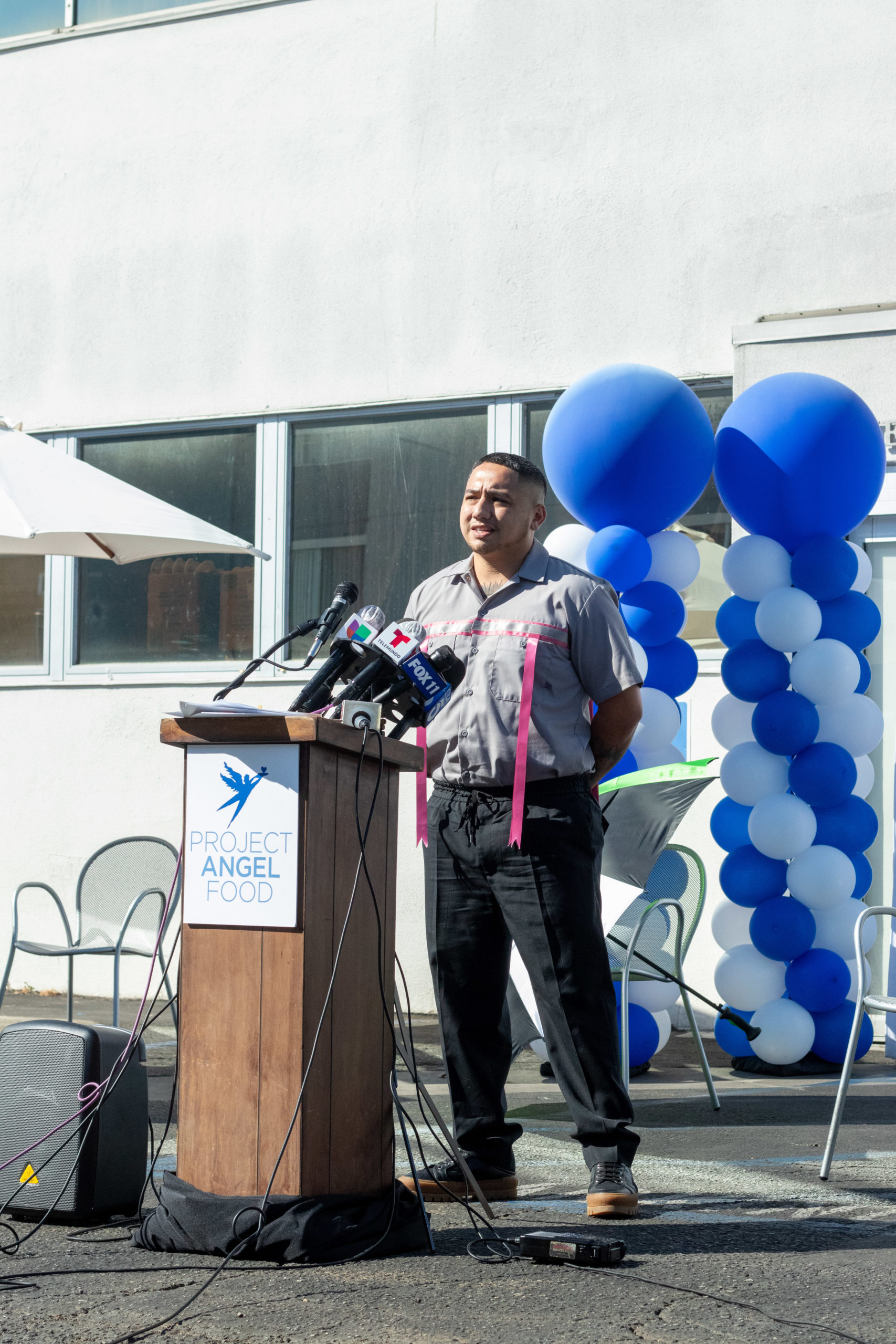 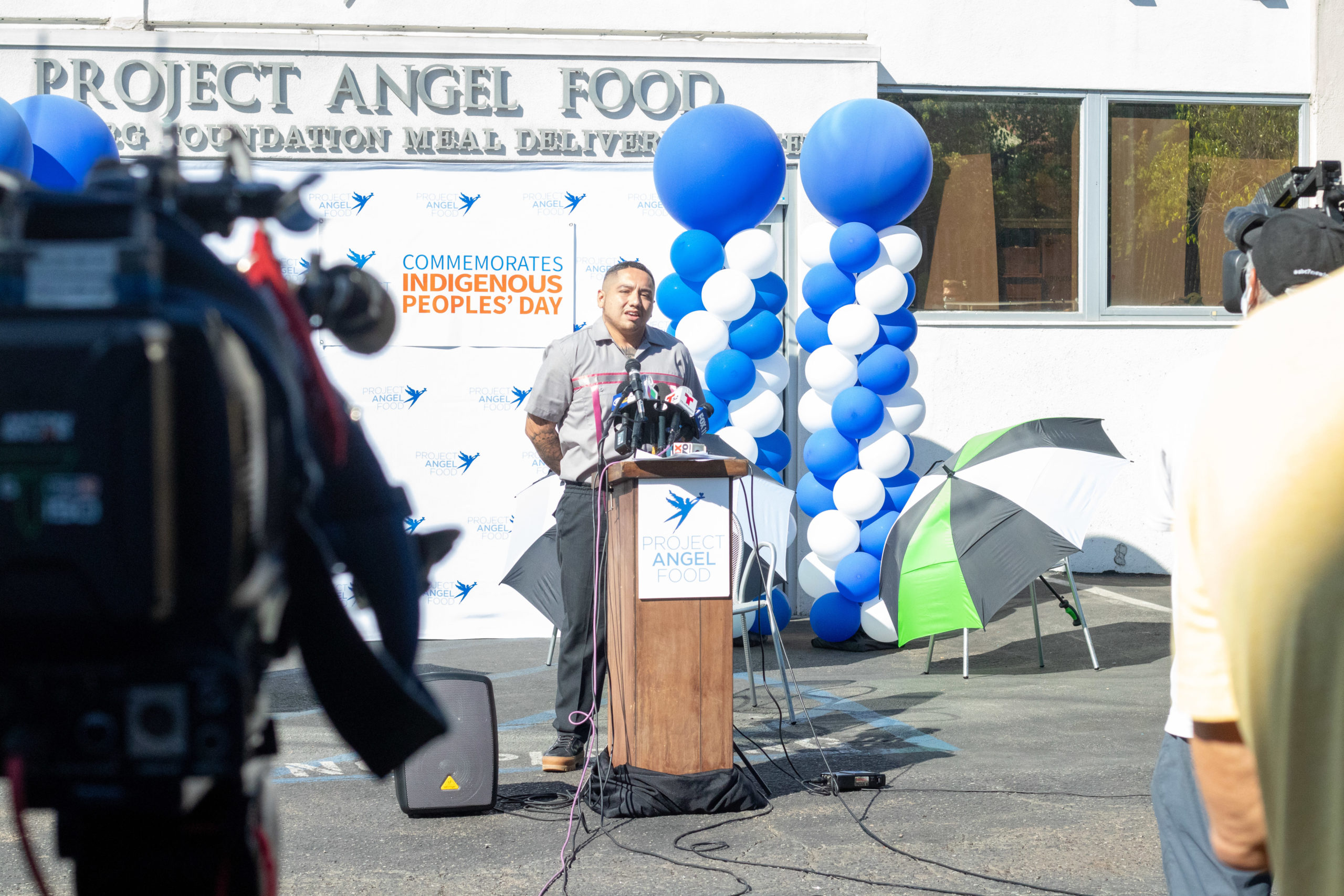 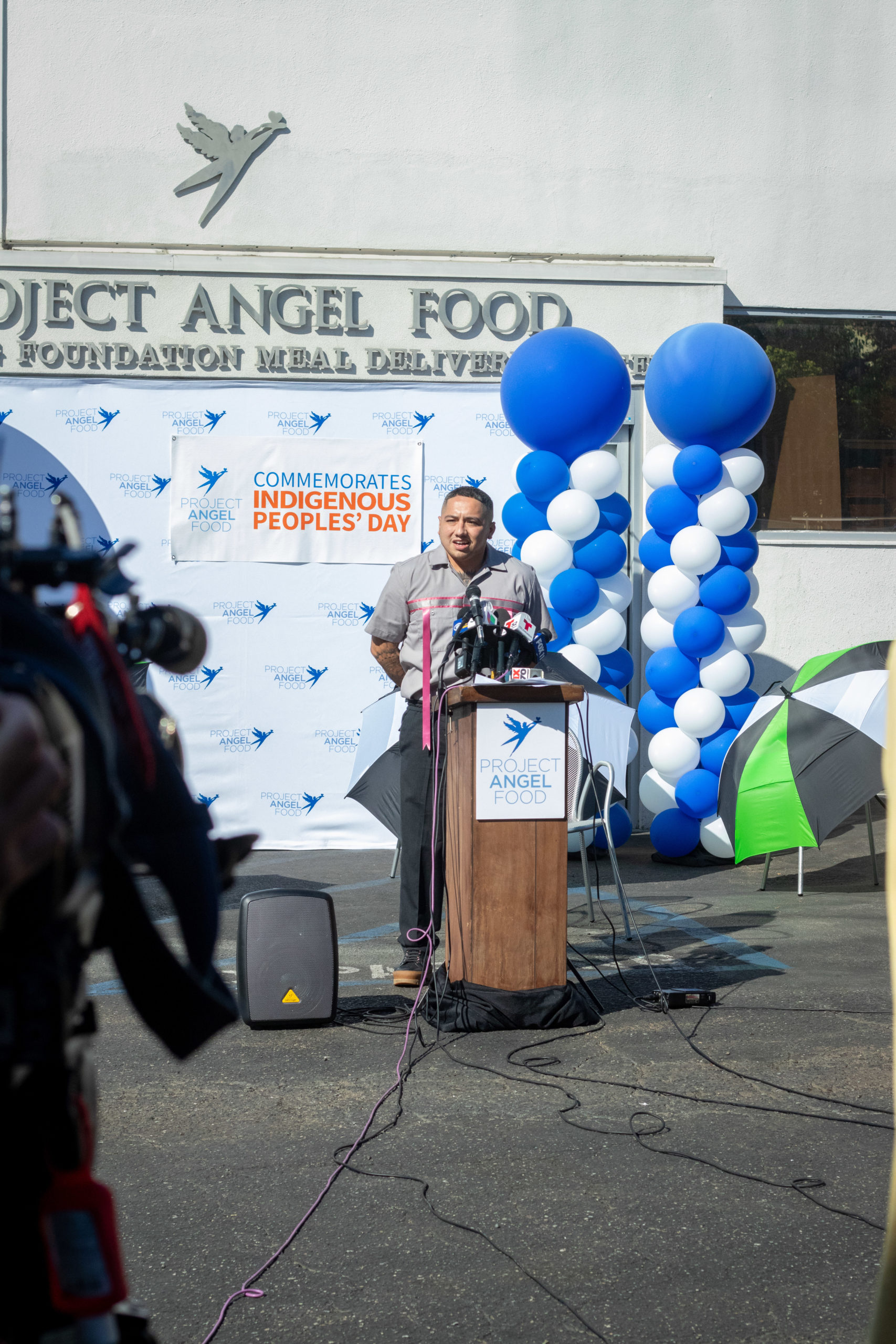 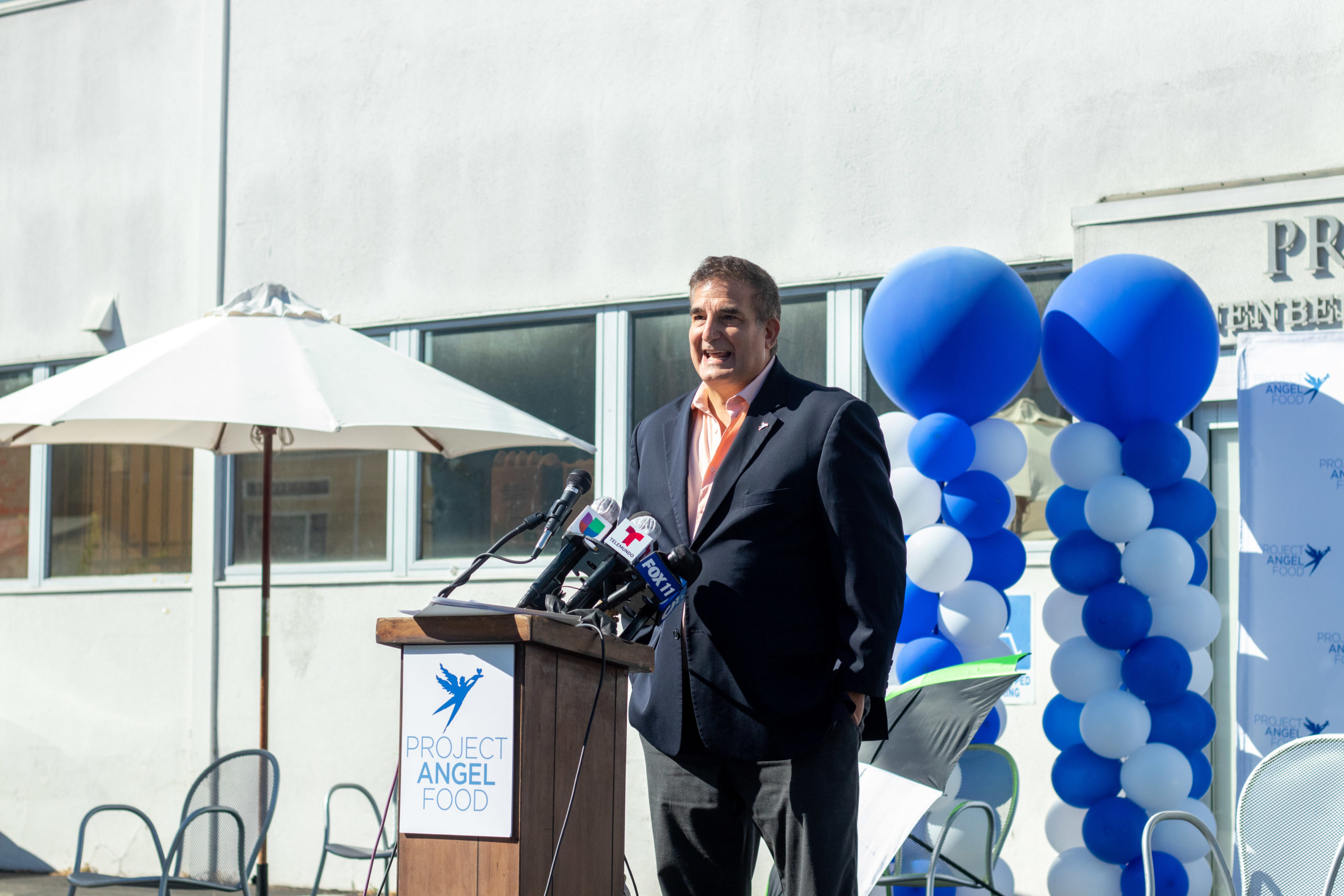