LEAD WITH LOVE TELETHON IS BACK - JULY 23 ON KTLA

Richard Ayoub, CEO of Project Angel Food, announced Monday that Project Angel Food has signed a three-year deal with KTLA and City National Bank for the Lead with Love telethon, with the annual, live, two-hour fundraising event set to air on KTLA 5 through July 2024.  Lead with Love 3 will air at 7 p.m. on Saturday, July 23 with Eric McCormack and Jessica Holmes returning as hosts and Loni Love and Alec Mapa returning as co-hosts, and Lisa Foxx (iHeart Radio) as announcer. Emmy Award-winning producer Brad Bessey (Entertainment Tonight, The Talk) returns as Executive Producer, along with Ayoub.

Since premiering in June 2020, Lead with Love has raised $2 million for Project Angel Food’s vital work of feeding critically ill men, women, and children in Los Angeles County. The organization prepares and delivers over one million Medically Tailored Meals each year.

Ayoub says, “While this year’s show promises to be our most entertaining yet, we are in urgent need of donations to help combat the rising cost of fuel and food. Everyone is feeling the pinch at the pump or at the grocery store. But multiply that by the 2,400 people we feed every day, driving to all corners of L.A. County’s 4,700 square miles. The need is great, and we appreciate KTLA and City National Bank’s confidence in extending our telethon through at least 2024.

Janene Drafs, Vice President, and General Manager of KTLA 5, says, “This show gets better and better every year, and we are thrilled to extend our relationship with Project Angel Food. KTLA has a 75-yeartradition of being there for L.A., so providing this very special program to connect our community of viewers with Project Angel Food’s work serving the most vulnerable in our community at large is what being “L.A.’s Very Own” is all about.”

Linda Duncombe, Executive Vice President and Chief Marketing, Product and Digital Officer of City National Bank adds, “City National Bank looks for meaningful opportunities to give back to the communities we serve. We have seen how the public has rallied around Project Angel Food’s mission of feeding people in need over the past two years with Lead with Love. Extending this partnership through 2024 is our way of letting Angelenos know that we hear them and are here for them.”

About Project Angel Food: Founded in 1989, Project Angel Food strives to end food insecurity and improve health outcomes of critically ill men, women, and children in Los Angeles County. The organization delivers Medically Tailored Meals, with care and compassion, directly to their homes. More than 2,400 clients are fed daily, with over one million meals delivered each year. Project Angel Food is a Four-Star Charity Navigator rating and has been declared an essential service by Los Angeles Mayor Eric Garcetti.

Donate Early to Lead With Love 3 and tune in to see your name LIVE on KTLA5 on Saturday July 23rd. 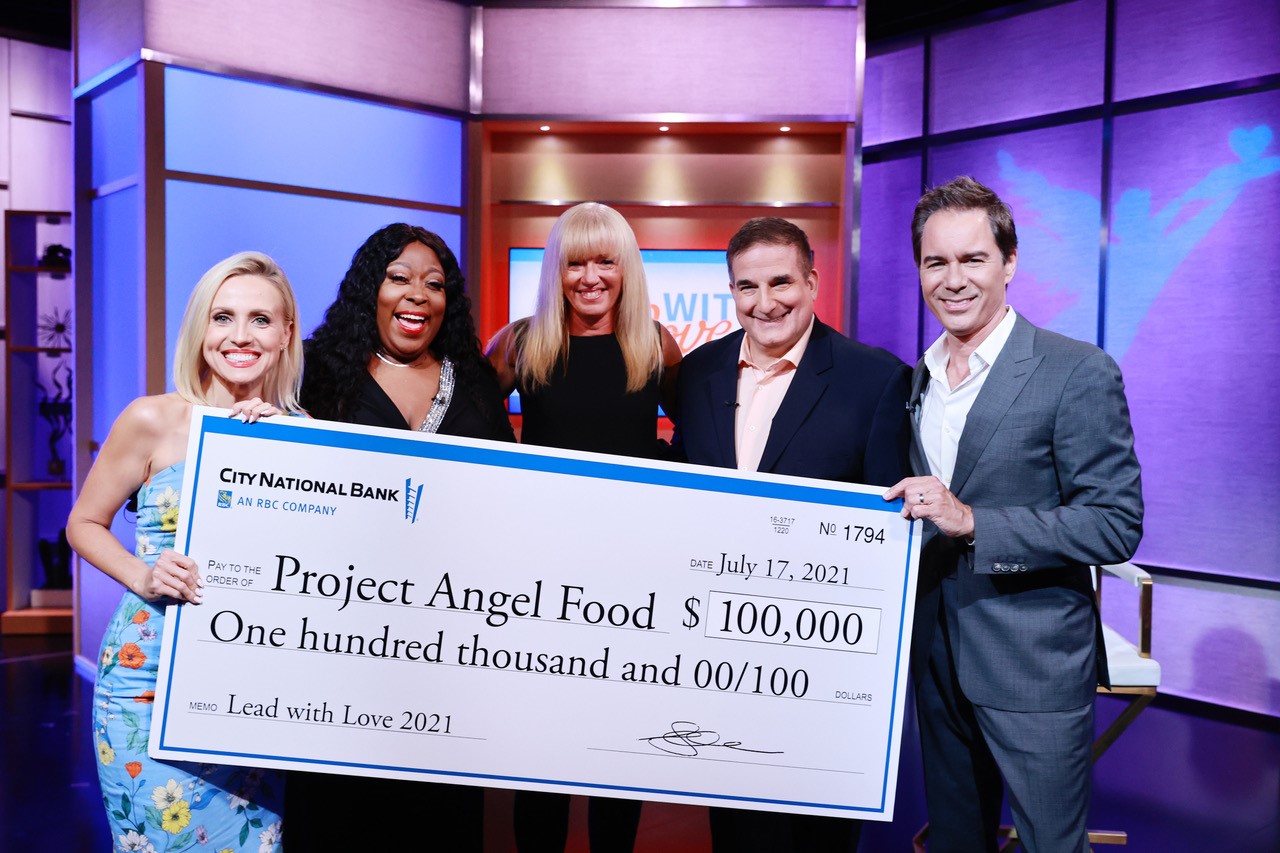